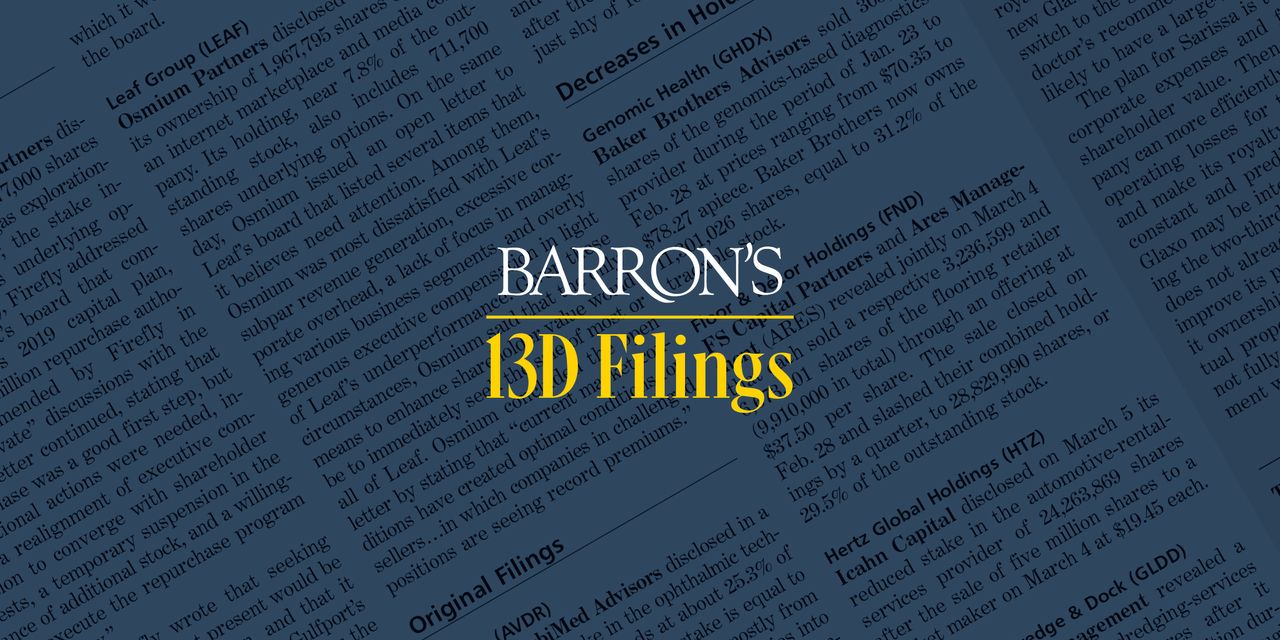 
These disclosures come from 13Ds filed with the Securities and Exchange Commission. 13Ds are filed within 10 days of an entity gaining more than 5% in a class of securities of a company. Subsequent changes in participations or intentions must be reported in amended filings. This material is from July 27 to August 3, 2022. Source: VerityData

See also  Semiconductor companies are split into two groups: the resilient and the high-risk

Impactive held a 5.5% stake in SLM at the end of February and has steadily increased its SLM position ever since.

Simcoe now owns a 4.1% stake in Overstock. Since that figure is below 5%, Simcoe is no longer required to disclose further overstock sales.

Edward Lampert reduced his interest in the auto parts trader to 7,615,280 shares. That figure includes 4,408 shares in a liability account overseen by Lampert’s ESL Investments, as well as 162,002 shares owned by The Lampert Foundation. From June 8 to July 28, Lambert sold 566,951 AutoNation shares at prices ranging from $111.54 to $124.72 each. Lampert delivered another 248,291 AutoNation shares to a banking company as a settlement for a series of futures contracts. After that settlement and the listed sales, Lampert now owns 13.6% of AutoNation’s outstanding shares.