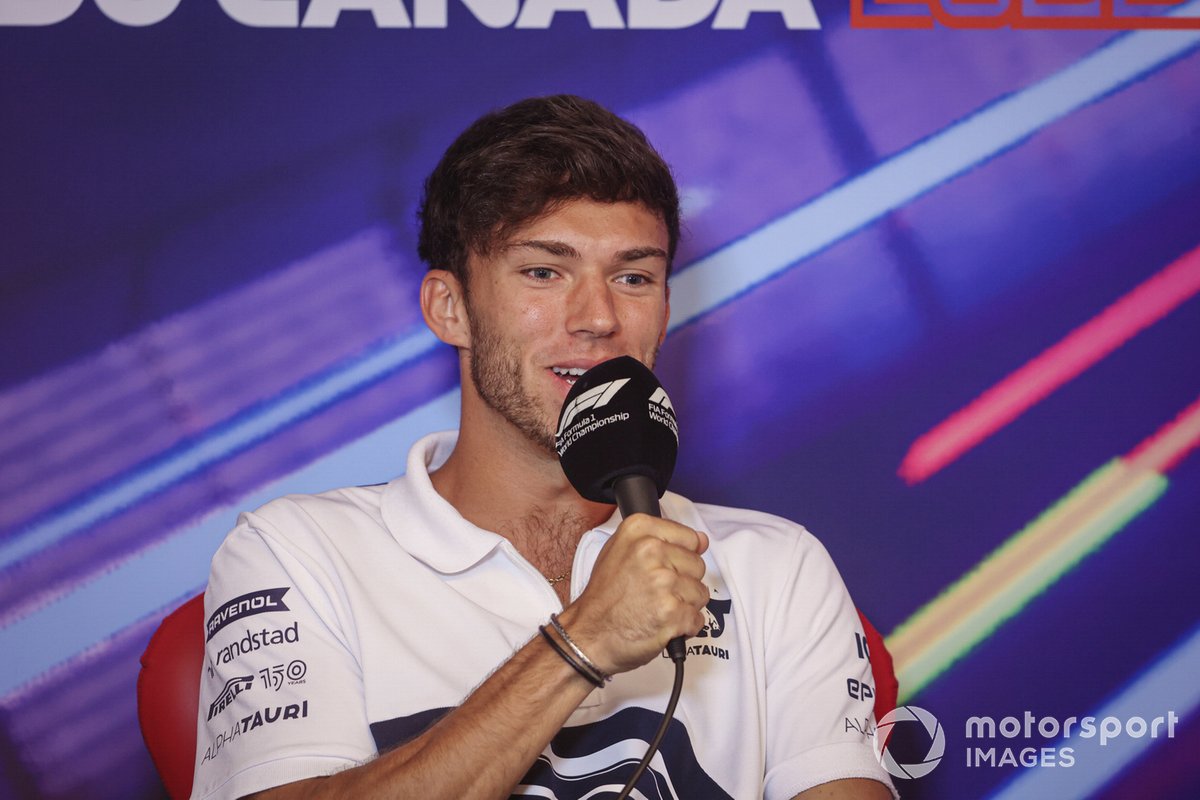 Although Gasly has been under contract with AlphaTauri until the end of next year, news of Sergio Perez’s two-year contract at Red Bull has raised questions about Gasly’s future, given his aspirations to return to the senior team in the future.

But AlphaTauri team principal Franz Tost stressed last weekend in Canada that Gasly was “100 per cent confirmed” to stay at Faenza next year, saying: “He has a valid contract.”

The team has now decided to officially announce that Gasly will stay put for the 2023 season.

“The 26-year-old Frenchman has been with us since 2017 and this continuity will be a great asset, as he enjoys a great working relationship with his engineering group and all team members,” AlphaTauri said in a statement. communicated.

“Pierre is a proven race winner, with three podium finishes and three fastest race laps and to date has scored a total of 325 points in Formula 1. He has also built a reputation as a very good qualifier. “

“I’ve been part of this team for five years now and I’m proud of how far we’ve come together and the progress we’ve made,” Gasly said.

“I am happy to stay with my Scuderia AlphaTauri team. This year’s new regulations have created new challenges for us and being able to plan our development with the team for the next 18 months is a good basis to work on for the future.

Gasly made his F1 debut for AlphaTauri predecessor Toro Rosso in 2017, and has spent his entire Grand Prix career with the Italian team apart from a 12-race stint in sister team Red Bull at the start of 2019.

Since returning to AlphaTauri, Gasly has won one race and two more podiums, making him the most successful driver in the team’s history.

“We are really delighted to confirm that Pierre is staying with us in 2023,” added Tost. “He is definitely one of the best and most competitive drivers in F1 and has proven his ability in his time with us.

“There is no doubt that Pierre can play a major role in the success of the team next year and it will be up to us to provide him with a competitive car, so that he can continue to deliver excellent results.”

Gasly had a difficult start to the 2022 season, marred by bad luck, resigning him to just 16 points and a better fifth place in Azerbaijan.

Teammate Yuki Tsunoda is out of contract at the end of the year, but Tost told Canada he was impressed with how the Japanese driver was doing in his second F1 season.

“Yuki has improved a lot,” Tost said. “He did a fantastic job, I have to say.”