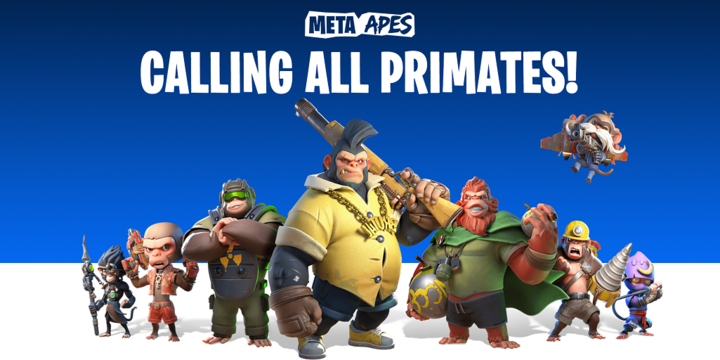 Free-to-play and play-to-earn MMO strategy game Meta Apes has become the first game to go live on BNB Application Sidechain. The game is designed for a mobile-first experience. It is currently only available for Android devices on Google Play. The iOS version is expected to launch in the near future.

The Meta Apes game features a post-apocalyptic world where a new era ruled by apes has begun after the human race has died out. The ultimate goal is the domination of space.

Players must work closely with their gang to become the strongest Ape clan and win the ultimate space race.

“Meta Apes was born out of this idea of ​​creating a community-driven game that offers both audiences something valuable – 1) an opportunity for traditional gamers to earn and truly own their in-game assets and 2) a game much more interactive and enjoyable experience to blockchain players who are primarily looking to win… Relying on an app-driven sidechain helps us avoid many common problems found in blockchain games, such as network congestion, and gives us much more flexibility in terms of game design and tokenomics.

Players will therefore be able to freely trade or sell their in-game assets within the ecosystem while playing.

Importantly, Ankr has also contributed to the development of the BNB Application Sidechain (BAS) which allows developers to build and operate their own blockchains alongside the BNB Chain mainnet. Apps and games like Meta Apes launched on BAS will have much higher throughput and extremely low transaction fees.