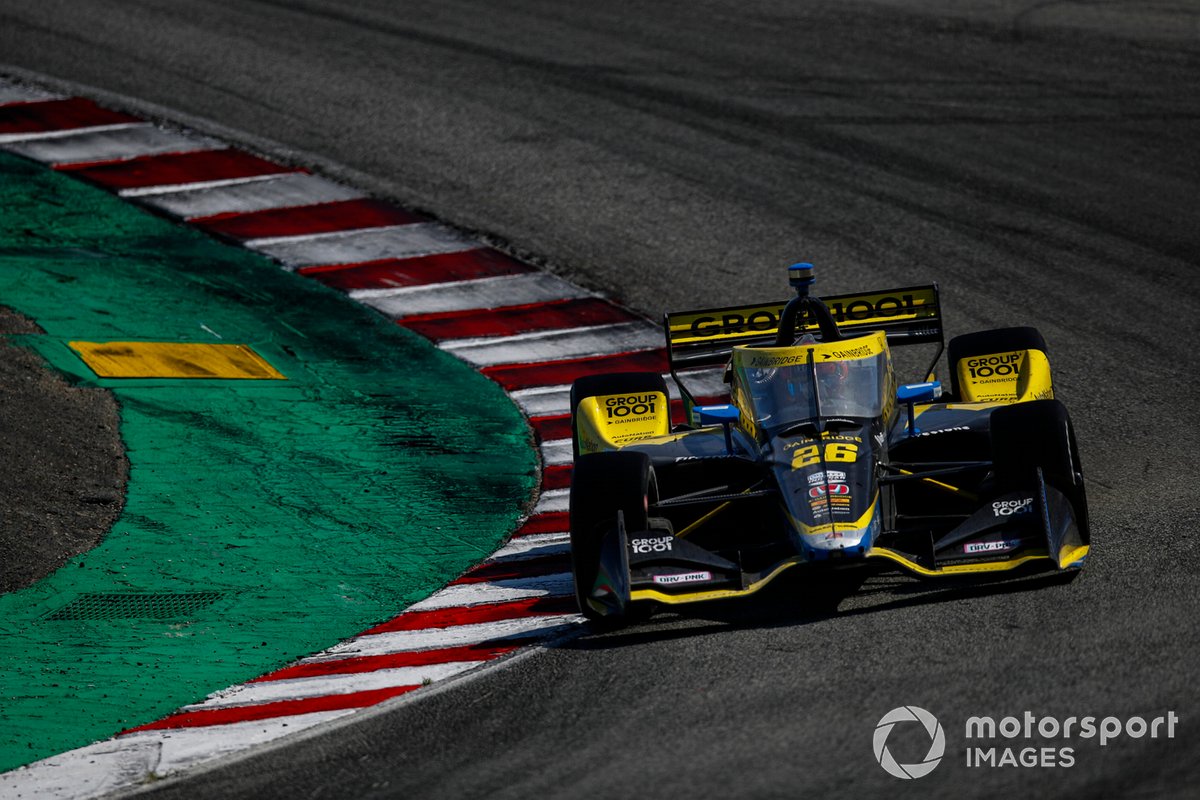 Herta was drafted by Red Bull to join AlphaTauri for 2023, with the squad open to an offer from Alpine to take over the currently contracted Pierre Gasly.

However, the energy drink giant’s plans rested on Herta getting the mandatory F1 super license he needs to compete in Grand Prix races.

F1’s regulations require him to have 40 superlicense points from other categories and at the end of the 2022 season he had only 32 in his pocket.

But with his race-winning form in IndyCar and success in other series, including finishing second in the Indy Lights title chase in 2019, Red Bull felt he had the necessary skills and experience to race in F1.

One argument that he deserved dispensation was that his final season in Indy Lights would have earned him the necessary Super License points if the Championship had increased participation – something Herta had no control over.

But despite some discomfort from F1 teams about the impact Herta would have on other junior categories, the matter became hugely political.

Ferrari team principal Mattia Binotto was outspoken at the Italian Grand Prix when he said: “I think force majeure cannot be used for Herta. That will be a totally wrong approach. There are rules to protect our sport and ensure that we making the right process and the right choices for our sport itself.”

Those comments prompted a response from the FIA ​​that the FIA ​​would not bow to outside pressure in the event of a decision.

“The FIA ​​will not be pressured by any team to make decisions on things like super license points. The FIA ​​president has put in place robust governance and we will stick to it,” said a spokesman.

However, amid growing indications that the FIA ​​would reject the application, Red Bull chose to suspend the hunt for Herta for the time being.

Herta will instead see the last year of his contract with Andretti in IndyCar in 2023 before considering his next moves.

While Herta knew his F1 dream was over for now, the FIA ​​has formally announced that the application for a super license exemption has been rejected.

An FIA spokesperson said: “The FIA ​​confirms that an investigation has been launched through the appropriate channels which has resulted in the FIA ​​confirming that driver Colton Herta does not have the required number of points to qualify for an FIA race. get a super license.

“The FIA ​​is constantly reviewing its regulations and procedures, including with regard to super-licence eligibility, with safety, experience and performance in the context of the track being the most important factors on this subject.”