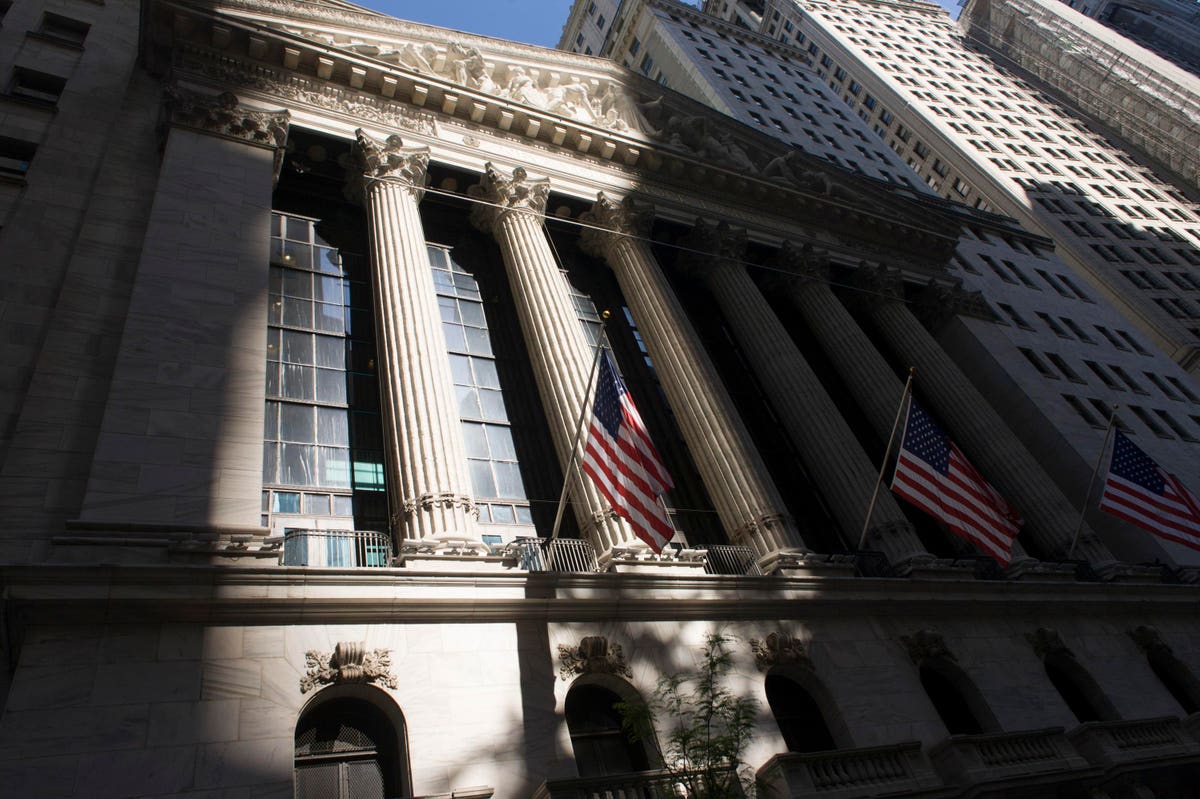 Subscribe to the TAUT AI Newsletter to stay tuned and get our AI-powered investment insights, breaking news and more delivered straight to your inbox every weekend.

Important events that could affect your portfolio

US GDP figures for the second quarter were released this week, with the widely used measure of economic growth falling 0.9% year-on-year. This is the second consecutive quarter of a decline in economic activity, with a contraction in the first quarter of 1.6% year-on-year.

Traditionally, two consecutive quarters of economic growth would indicate an official recession, but the current definition is a little more complex. The National Bureau of Economic Research (NBER) is now tasked with determining when the economy has officially entered recession, and so far they haven’t announced it.

The NBER’s job is to look at a broader spectrum of data to determine the overall health of the economy. One of the main factors at play at the moment is that the labor market is very strong. Employment rates are high, total incomes are rising and consumer spending has remained stable.

A slowdown in economic growth at the moment is not necessarily a bad thing. In the fourth quarter of 2021, US GDP growth reached 6.9%, and this rapid increase has contributed to the record high levels of inflation currently being experienced.

The Fed is specifically targeting a slowdown in economic growth with its current interest rate policy, in an effort to bring these rising prices down. We may begin to see an effect of these measures on inflation in the coming months and all eyes will be on the July figures when they are announced on August 10.

This week saw some significant earnings announcements from some of the world’s largest and most followed companies.

google’s parent company Alphabet slightly missed sales expectations, but they still managed to increase sales by 13% compared to this time last year. Despite the miss, the news was well received by the market and the stock rose 3% after closing.

The revenue increase has given some reassurance that Alphabet is managing to navigate a difficult economic environment, against a background of significant volatility in the technology sector.

Microsoft didn’t fare too well, with a bigger profit miss that caused their shares to fall 1.2% after hours. Revenue growth was still strong at 12% year-over-year, reaching $51.9 billion, but lagging analysts’ estimates of $52.3 billion.

A major factor in the miss was the growth of Azure and cloud services. While it still grew an impressive 40%, it fell short of expectations of 43.1%.

Facebook parent company Meta also suffered a major miss in the second quarter, with revenue and earnings both below analyst estimates. More disturbing was the miss on monthly active users and average revenue per user, with Mark Zuckerberg providing surprisingly weak forecasts for the coming quarters.

It wasn’t all bad news, though, as Apple and Amazon both beat analysts’ estimates for revenue growth. Apple also exceeded earnings expectations and Amazon’s numbers were dragged down by its investment in electric car maker Rivian, while the rest of its core businesses performed well.

Overall, the numbers are encouraging for the sector, given the pessimism that currently dominates the market. Significant growth continues to be realized in traditional profit centers, with revenue generators such as cloud services opening new avenues for business value.

This week’s top theme from Q.ai

We are currently in a period of low economic growth. In fact, as explained above, it has been negative for the past two quarters. This situation isn’t likely to turn around anytime soon, and even if the numbers turn positive again, they probably won’t be very high.

In an environment of low corporate earnings and low economic growth, smaller companies tend to be the hardest hit. Small caps often underperform large caps in these types of economies because they generally have a less track record and less diversified revenue model than larger, long-established companies.

So looking ahead, while the market as a whole may continue to experience volatility, there is an opportunity to still make money based on this relationship between Small Caps and Large Caps. We created the Large Cap Kit to bet on the valuation differences between these two sectors of the market, rather than betting on the market direction as a whole.

It means that whether the broader market is up, down or flat, investors can make money if Large Caps outperform Small Caps.

Here are some of the best ideas recommending our AI systems for the week and month ahead.

Shoe Carnival (SCVL) – The shoe store is one of ours Top purchases for next week with an A rating in Quality Value and Technicals and a B in Growth and Low Momentum Volatility. Turnover increased by 14% year-on-year until the end of April.

Evofem Biosciences (EVFM) – The healthy company Evofem Biosciences is a Top Shorts for next week with our AI they rated an F in our Low Momentum Volatility factor as well as an F in Technicals. The company’s earnings per share have fallen 28.46% in the past 12 months.

Enlink Midstream (ENLC) – The natural gas producer is a Top Buy for next month with an A in Quality Value and a B in our Low Momentum Volatility and Growth Factors. Analysts expect revenue growth of 20.03% in 2022.

Calithera Biosciences Inc (CALA) – The biopharmaceutical business remains our Top Short for next month and our AI rates it as an F in Quality Value and a D in Low Momentum Volatility. Earnings per share were -$28.78 for the 12 months to March 31, 2022.

Would you like to know more about investing or sharpen your existing knowledge? Qai publishes Qbits on our Learning Center where you can define investment terms, extract financial concepts and increase your skill level.

Check out some of our latest here:

All newsletter subscribers receive a $100 signup bonus when they deposit $100 or more.

US inflation is cooler than forecast, easing pressure on the Fed

What’s next for Caterpillar stocks after a mixed second quarter?

Shares of Alphabet (Google) have missed the street expectations in the second quarter. What now?