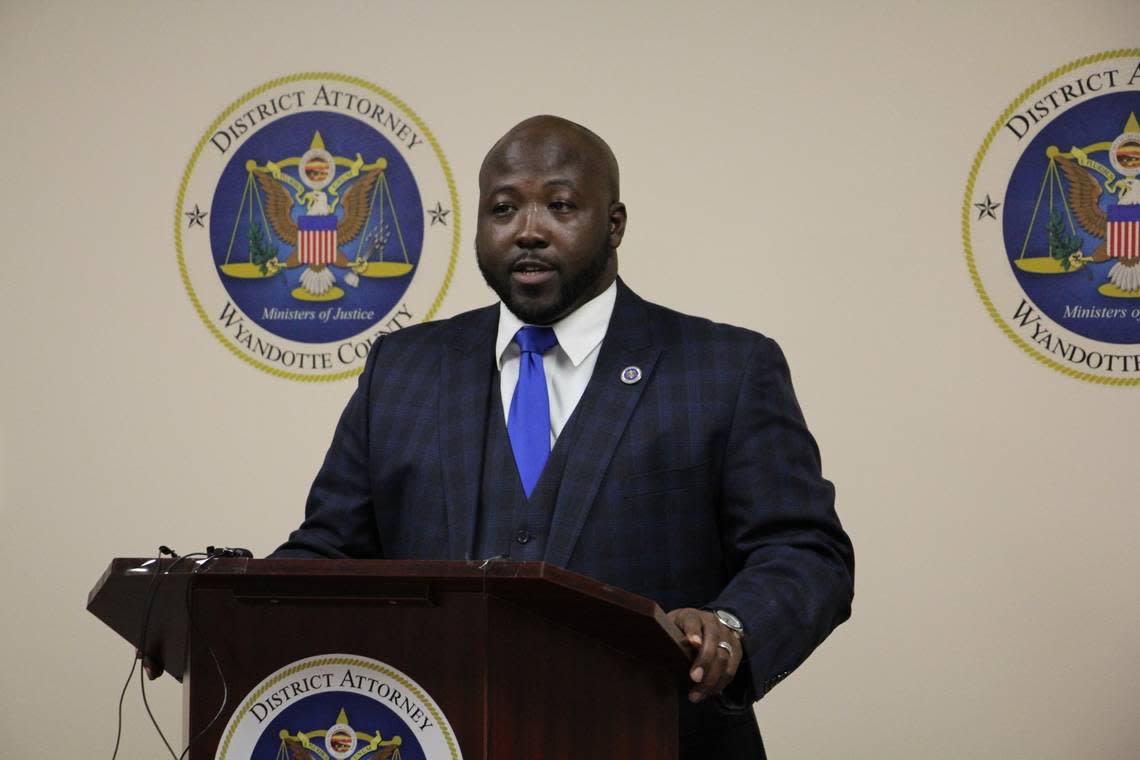 Now that former Detective Roger Golubski has been arrested by the FBI and indicted in federal court on six charges resulting from his alleged abuse and kidnapping of two black women over several years, the absolutely vital next step for law enforcement officers in Kansas City, Kansas, is launching a full, without exception, review of any case leading to a conviction based on Golubski’s police work or testimony.

It will be a huge undertaking, but one that will be critical if Wyandotte County residents are ever to trust the prosecutors, police and judges who have served justice there over the decades. Golubski is being charged not only in the two Justice Department cases but in a long list of other cases in which black women have claimed for years that he used his badge to hunt them and punish others.

At least one proven false conviction in a case he’s been investigating has already been identified, and there have been credible complaints from others for years. The response from local law enforcement was woefully inadequate at every step.

A formal investigation has yet to be conducted by the KCK police to determine the extent to which Golubski was allowed to act with impunity until his retirement in 2010, or why leaders in subsequent years failed to evaluate and share the public organizational weaknesses that may have aided his misdeeds.

Given that record, we were strongly encouraged on Wednesday by an emphatic statement from Wyandotte County District Attorney Mark Dupree, who told the editors that he will fully investigate any case brought to his attention with Golubski’s name attached to it.

“Any case submitted to our office with Golubski’s name on it will be reviewed,” Dupree said. “We’re going to look at it. Why? Because we need to make sure that every belief he held and others held with integrity both today and tomorrow.

That’s exactly right. Obviously, not every conviction associated with Golubski is false. But every case he touched must be examined for the taint of corruption. Nothing less than the integrity of the office Dupree holds, and the reputation of the courts and law enforcement he works with, is at stake.

The allegations that Golubski’s behavior was just part of a much deeper rot within the Wyandotte County criminal justice system are hardly new. Lamonte McIntyre was released in 2017 after 23 years in prison after a series of evidence emerged pointing to corruption by Golubski and others, including a prosecutor who withheld evidence, and incompetence in a two-homicide case with which he had nothing to do.

Dupree was a prosecutor at the time and pushed for McIntyre’s release. The case worried him that it might just be part of what was wrong with the system.

Those are the right questions to ask — but they won’t be answered without a thorough, aggressive approach by Dupree, the police, and others.

For his part, Dupree’s bet doesn’t go far enough. He notes that his office’s Conviction Integrity Unit—the only one in Kansas that he set up after the McIntrye case—has only one staff attorney and two investigators, and told us it will take time to bring the cases to his attention. have been brought to treat.

Of course it will. And it’s likely that three staff members won’t be nearly enough to cope with the enormity of the task left behind by Golubski’s long trail of alleged abuse. If his office needs more resources, Dupree must present a plan to the county and push for emergency funding — or rearrange his own priorities to fund the extra work internally.

Nor is it enough to wait for defense attorneys or others – and this has already begun – to bring to his attention cases they believe are contaminated.

Dupree’s work, by the way, will only be the beginning of what is needed. The KCK Police Department has long been due for a thorough audit, one that looks at the relationships and customs that allowed Golubski to operate with impunity for so long.

We commend Dupree’s promised effort and intend to keep him there. He’ll have to do more than just wait for complaints to land on his desk and depend on a few staffers to handle the growing pile of cases. At stake are people’s freedom – and the integrity of the criminal justice system itself.

‘That was the opposite of justice’

Residents of Wyandotte County have been calling for justice for years. Golubski’s arrest only reinforced those cries. But what they need most is to be able to trust the police, the judges and the prosecutors on whom so much depends.

That trust has been betrayed for years. The only way to start reconstruction is to open wide the doors of the criminal justice system and apply the disinfectant that only transparency can bring. It also means proactively investigating any case that involves an innocent person serving time in prison because a rogue state like Golubski didn’t play fair.

Aside from the pressing question of whether innocent people are behind bars, others still need candid answers.

For example, why is Dupree only performing now? He told us that the McIntyre investigation had opened eyes to possible corruption years ago. “It was that case that finally made us realize that holy crap, something was happening under the umbrella of justice outside of this office and in this community that was the opposite of justice.”

These cases that may have influenced Golubski inappropriately have been under review for years.

Sarah Swain, a defense attorney whose client is seeking a new trial next month based on evidence that Golubski may have been involved in incarcerating him and his co-defendant for murder more than 20 years ago, said Dupree acts because he has to.

“Mark Dupree has had five years to turn his head around the fact that the KCK police force is a cesspool of corruption,” she said.

Whether she’s right or wrong about the department is still a guess, because so far no one has done the research necessary to provide reliable answers.

Dupree said it wasn’t because of a lack of trying.

“This is something this agency has been trying to investigate for the past six years,” he said.

What held things back, he said, “was a police conflict of interest.” Golubski’s partner, Terry Zeigler, was chief of police at the time. “We didn’t have a research department in this office and we couldn’t use it (KCKPD),” Dupree said.

Since then, the Conviction Integrity Unit has investigated more than a dozen cases of possible police corruption or tainted convictions, he said. It found at least one wrongful conviction and Olin “Pete” Coones was released in 2020 after 12 years in prison. He died shortly after his release.

Dupree says the CIU is woefully understaffed, and that it is the only investigative arm in the DA’s office to evaluate what Dupree says could be “many,” more complaints if Golubski is convicted.

“Give me a team of law enforcement certified investigators,” Dupree said.

He should make a formal proposal to the provincial committees – and they should say yes. He should have asked much earlier.

Golubski is accused of terrorizing black communities in KCK for 35 years. Any case the prosecutor’s office investigates will take “a lot of time” and effort to comb through and will not yield results “with a snap of the finger,” Dupree said.

No one expects these reviews to happen overnight. But the people of Wyandotte County have waited decades for justice against Golubski, and they shouldn’t have.

What’s important now is that not only every complaint related to a Golubski case needs to be reviewed, but the culture that made it possible needs to be exposed and reformed. It’s what Wyandotte County deserves. The district attorney and all county government officials owe the community that much.