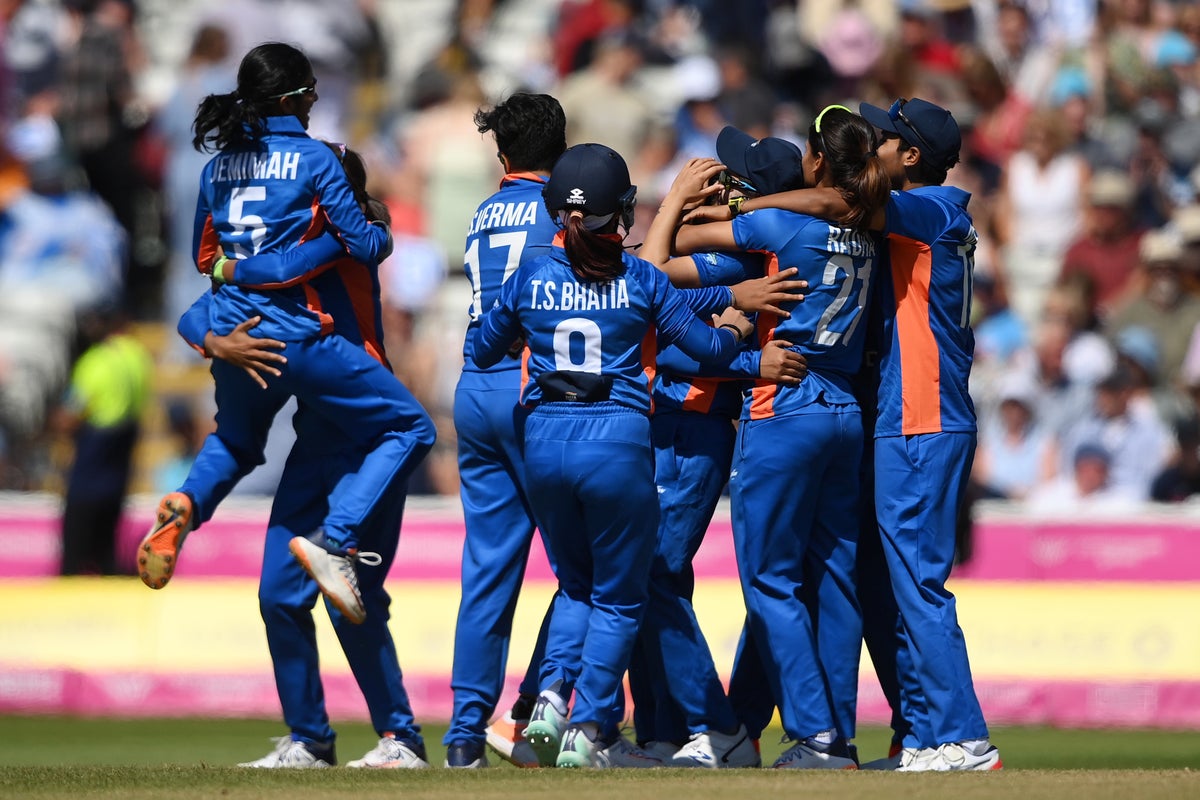 England’s dreams of a first Commonwealth Games cricket final against Australia were ended by a shattered loss to India in the semi-final.

Skipper Nat Sciver admitted she never thought of the possibility of England not going for gold, but it was her run-out that finally knocked this four point defeat at Edgbaston.

Indian opener Smriti Mandhana laid the platform for India to make 164-5 from their 20 overs, forcing England to make the most successful chase in a women’s T20 international on these shores.

That seemed possible while Sciver was in the game, the all-rounder who crushed 41 before taking a second run that was never left in the penultimate. She had hit 10 runs on the previous two deliveries, including a six.

See also  I'm in my 50s. This is why I refuse to stop rocking a bikini.

And with the prospect of a bronze medal match on Sunday morning, the stand-in skipper – who has filled in for the injured Heather Knight – will have to change her focus soon.

She said: “Every loss is hard to take, we clearly wanted to be in the gold medal game and wouldn’t have thought of not being in it.

“It’s going to be hard to take, but I’m sure we’ll review it as soon as possible and then really be able to park that and go out with the same freedom and attitude that we did tomorrow.

“I’m gutted. It’s such a small game, T20. We held it really well in the first innings and then couldn’t quite cross the line when they pressured us. Very small margins, but they came out on top off the bus.”

It was certainly a close-margin game, with Mandhana’s brilliant 61 setting India on their way to an impressive goal after choosing to bat first.

The left-hander stroked eight fours and three sixes in her 32-ball knock, chasing every bowler Sciver tried to take on.

She and Shafali Verma added 76 for the first wicket in just 7.5 overs before the 18-year-old fell for 15, with Mandhana following an over later on Sciver.

From there, Jemima Rodrigues played the anchor role, making 44 of 31 as she swung, with her boundary on the last throw proving crucial.

England got off to a perfect start in response, with back-to-back boundaries to start the innings, the first from a no-ball.

Danni Wyatt (35) scored a hundred when England chased 198 in Mumbai in 2018 and looked on course to carry them back home before stepping over the wicket and watching in horror as her little flick crashed into the stumps, leaving them at 81- 3.

Hometown girl Amy Jones (31) and skipper Sciver rebuilt, keeping target in range, but fell in successive overs, both running out. Both layoffs were due to misjudgments and England found themselves needing 14 from the final.

Katherine Brunt was caught by Indian captain Harmanpreet Kaur with three balls left, leaving England on the brink, and Sophie Ecclestone’s six on the final pitch only served to narrow the scoring margin.

Next up is a battle for bronze on Sunday, and coach Lisa Keightley underlined the importance of embracing that challenge.

She added: “It’s a bit different, in World Cups we’re used to being knocked out and you don’t have to play anymore. But there’s a lot to play for, getting a medal at the first Commonwealth Games and getting away with something on the other hand is pretty fun. I’m sure they’ll try to improve, bounce back.”

National Lottery players raise more than £30 million a week for charities, including vital funding for sports – from grassroots to elite. Find out how your numbers produce amazing results on lotterygoodcauses.org.uk and join by using the hashtag: #TNLAthletes