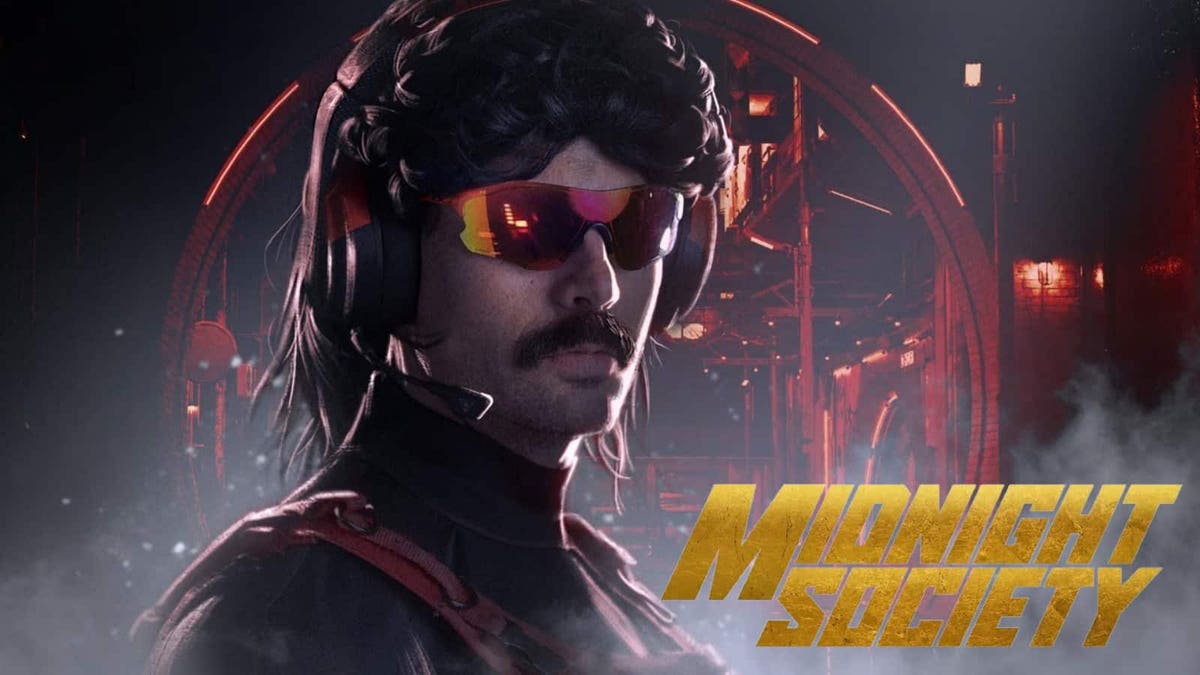 I continue to be somewhat perplexed by the upcoming new game from Dr Disrespect and his studio Midnight Society. He’s working on an upcoming shooter with some really talented people, but so far the main focus of promoting the game has been its integration with NFTs and blockchain. Even though the rest of the core gaming industry has moved away from Web3 technology after the backlash from gamers, Midnight Society is forging ahead full steam ahead, for better or for worse.

Today, Midnight Society announced that it is working with Polygon Studios “to build a game publishing platform on the Polygon blockchain where players can freely trade their in-game items without incurring high transaction fees or have a negative impact on the environment”.

They also cite a survey they conducted of early access applicants for Project Moon that indicates that 97.5% “of gamers” want to own in-game items and be able to collect, trade, and sell them. Considering this is a bunch of people who signed up for an early access game in order to claim an NFT in the first place, I feel like these numbers are going to be pretty skewed, but that’s is what they use to show the player “demand” for this sort of thing. In January, at the height of the NFT craze, an Interpret survey showed that 56% of respondents said they were interested in NFTs in games, but these gamers were from a panel on NFT/crypto games and since then the headline that was attached to this survey “Gamers are embracing NFTs” has not materialized in the mainstream space .

Dr Disrespect has previously played down the focus on NFTs after the Founder’s Pass backlash, saying it would be an “option” and not a “money grab”.

“You don’t need to have NFTs to play,” explained Dr Disrespect. “And it doesn’t change your experience of the game once it’s released. The game will continue to be free…. You cannot buy your way to winning [with the NFTs]. It won’t be pay to win. However, for those of you who want to get more involved, there are ways to do so through these NFTs.

The game will have an off-chain release that has none of the NFT elements attached to it, though obviously it’s a big part of its core identity and central pitch, according to this new release.

As you may know, I’m a pretty massive web3/NFT skeptic, so I asked Midnight Society a few questions about the whole thing. Former Call of Duty frontman Robert “fourtwoszero” Bowling, now head of studio at Midnight Society, answered my questions:

Tassi: Do you believe that you will convert core gamers who have flatly rejected NFTs in games with your vision of the concept?

Bowling: Yes, but our goal is not conversion. It creates the ideal integration of technology that does not choose sides for the player. Our goal is to make great games at Midnight Society and that starts with Project Moon. We believe this game represents an inflection point in the gaming industry that shifts digital ownership to gamers and our studio will partner with our community to define the future of our game. Our AAA gaming experience at the First Person is free for everyone and requires no purchase.

Dr Disrespect said it’s not cash in, and he thinks you’re building the future of games, but why is “true ownership” necessary for games of the future?

The real property was the games past, we lost it when everything went digital. In the past, you bought a game, owned it, shared it and sold it, or traded it as you saw fit. When things were digital first or digital only, we as gamers lost the freedom we had over the things we bought. Everything has become a license. Blockchain gives us the ability to reverse this change as we believe it was one of the few downsides of going digital only with games. We wouldn’t say that having true ownership over digital assets is necessary for the future of the game, as it’s purely an optional feature. We believe the “aha moment” will happen when our community realizes that they own and can trade things they unlock in Project Moon.

How can gamers trust what ‘true ownership’ means with so many scams in both crypto and NFT communities?

Trust is earned through transparency. That’s why we’re building our game openly, providing access to early-stage releases, starting in July. While the Founders will be the ones who can play it, they are free to publicly stream, discuss, and create content on all of the game’s release content and the variant guide that is released with each release. Additionally, the contracts that govern “beneficial ownership” are public and clear, not convoluted terms of service or license agreements that players accept today and no one reads. This inspires p2p activity just like other proprietary marketplaces but renders it permissionless and trustless for any corporate entity.

Why is blockchain needed for something that closely resembles auction house functionality, which games have had for years?

Blockchain integration is necessary to make it a permissionless and trustless system, unchecked by the fiduciary obligation of the corporate entity that owns the “auction house”. We create a free and fun experience for all players, which creates the foundation of WHY the player cares and is part of the universe we create. However, resulting creations and items owned by players are their property to do as they see fit without the need for our involvement or input. We are focused on creating a secure, safe, and transparent foundation for this community to exist.

What will be the main differences between players who opt for the NFT system and those who do not?

The basic game experience will be the same for all players. Digital ownership and blockchain integration is just one path to a tradable market and exchanges between players.

Much of the promotion for this game seems to be focused on blockchain and early adopters of NFT etc, but when will there be more concrete information on the game itself. Will it be more similar to traditional shooters or current Web3 titles?

We will share all of our development publicly, including playable game releases in July. The game is definitely in the wheelhouse of our experience, a competitive AAA PVPvE first-person shooter set in a unique universe that we create with our players. The way things like Access Pass increase by creating a mechanism for fans interested in being involved in development, can. For the player who is just interested in playing and not going deeper than that, he can do it like he always has.

So am I convinced? No I’m not. I will never be sold on a web3 embedded NFT game until I can see it fully in action and witness a working economy paired with fun gameplay. There’s just nothing substantial to see from Project Moon at the moment and I think this hard with the Web3 angle as of looks more like a turn off than something resembling “the future of gaming”.

Of course, I can’t rule out the possibility that I’m wrong, and yes, I can see a strong case for better digital ownership in the future. But I have yet to be convinced that blockchain and NFTs are that answer, based on existing games in this space and the implementation of this technology. Can Midnight Society be the first compelling consumer use case? I guess we’ll find out.