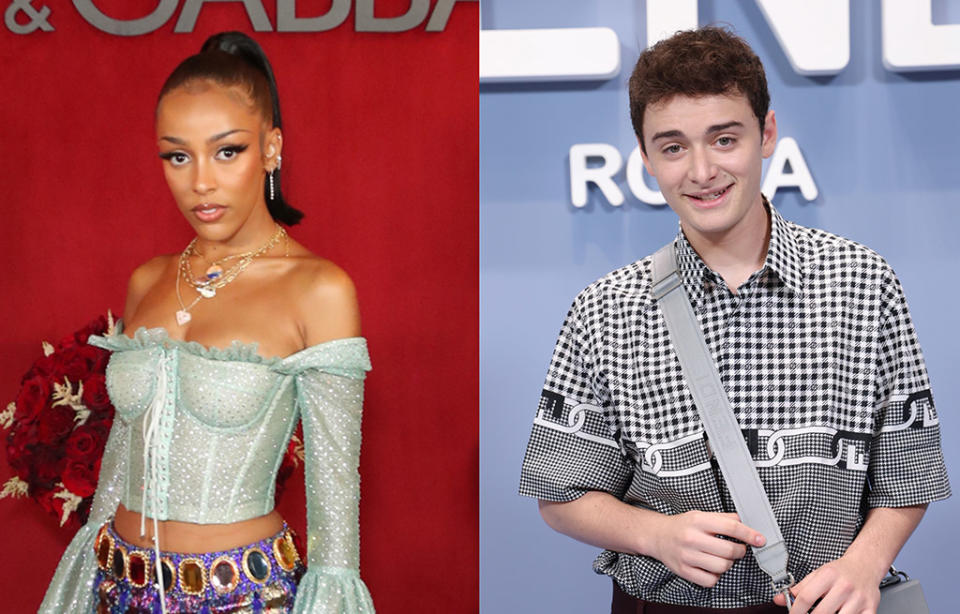 Doja Cat slammed stranger things star Noah Schnapp for posting their private conversation on TikTok. On Thursday, Schnapp shared screenshots of messages the “Woman” singer sent him asking about co-star Joseph Quinn. “Noah can you tell Joseph from hmu? Wait no. Does he have a girlfriend?” Doja, 26, wrote.

Schnapp’s TikTok quickly went viral and Doja wasn’t happy about it. The “Need to Know” singer addressed the “snake” move in a video of her own.

“To be honest, he’s like a kid. Noah, I don’t know how old he is, but he’s not even over 21… When you’re so young, you make mistakes, you make bullshit. I try to be super fair,” Doja began. (Schnapp is 17.) “You do stupid shit, you say stupid shit, you mess with people, you make mistakes. You’re supposed to do stuff like that so you know not to do it in the future. I’ve done my share of bullshit to not cheat again.”

Still, Doja let the actor have it, saying the fact that he “went to post a private conversation between him and me is so incredibly, like, socially oblivious and out of whack.”

“It’s like borderline snake shit. It’s like weasel shit. I’m not saying that sums up his whole personality,” the Grammy winner continued. “I assumed he was going to be cold about it and he went and shared some information that I didn’t feel comfortable with him.”

See also  BTS' J-Hope lights up the stage with his electrifying performance in Lollapalooza, Jimin, Becky G cheer for singer

The internet seems to be more Team Schnapp.

Doja has been criticized by some for asking a 17-year-old to play matchmaker to begin with. The singer too made her interest in Quinn publicly known in May. After his video message to Schnapp went viral, “He’s 17” started trending on Twitter.

Scnapp has yet to publicly respond to Doja’s video.