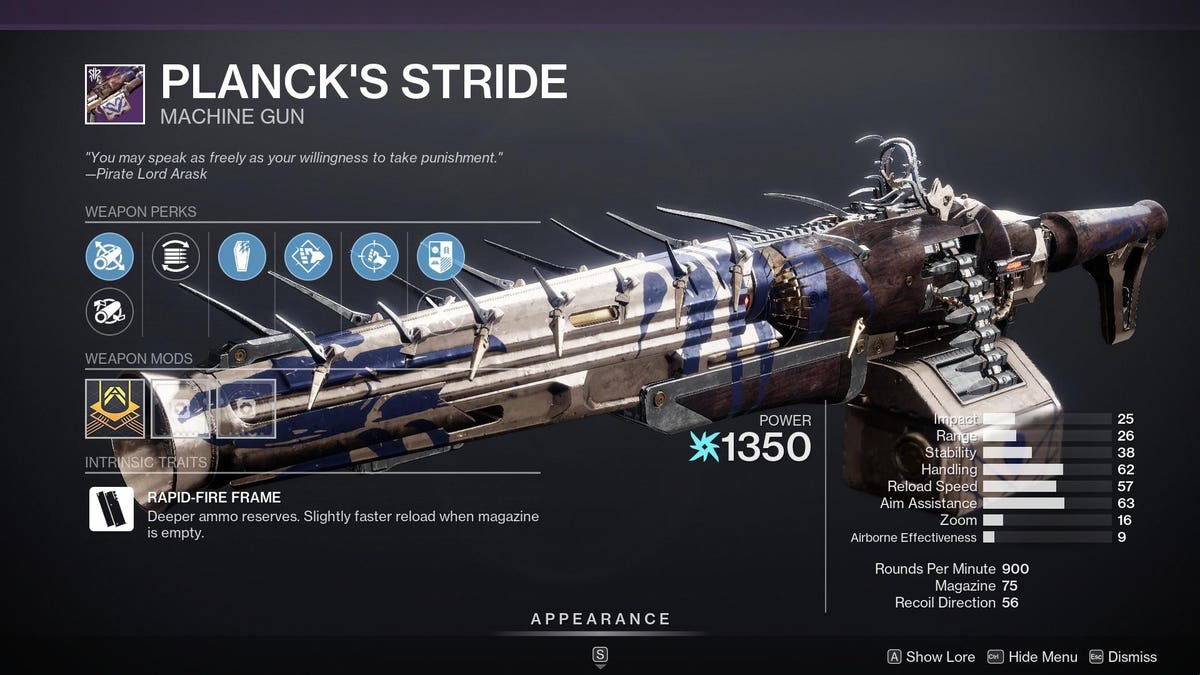 While Destiny has taken 2 steps to scale back future content vaulting and says they will no longer remove expansion content from the game in the future, as they just did with Forsaken, the addition of crafting raises new questions about what seasonal content vault will do with the game.

Bungie has made it clear that they will continue to remove seasonal content year after year. Those are the usually three-month series of activities and loot that keep the game alive throughout the year, while a few permanent additions remain, such as individually sold dungeons and relaunched free raids like King’s Fall.

But this raises a question as we get closer to Lightfall because of the current way crafting works, which relies heavily on RNG to get enough patterns for crafting. What happens when the clock starts ticking for the new expansion?

Bungie in general hasn’t been great at bringing back seasonal weapons, and many of them are seemingly gone forever. But in cases where we have old seasonal weapons, like Worthy Seraph weapons that drop like world loot, that raises questions about how on earth anyone could edit cartridges to actually make them, without dedicated sources of those drops. It’s hard enough to find some of these while playing an entire season that is theoretically designed to spread patterns, so what happens if the loot disappears or has 5% of the drop rate it has now?

This is a question Bungie hasn’t answered, but it’s a new dimension of content vaulting that’s becoming increasingly urgent as we approach Lightfall. Although no, I can’t imagine them just giving everyone cartridges of the previous year’s weapons once everything is done, this provides common suggestions for making the hunt less tiring than it is now. Some of those ideas are:

1) Decreasing the cartridge requirement for seasonal weapons from 5 to 3.

The point is that players can craft these weapons by the end of a season by making a normal amount of playtime. Not forcing players to grind like absolute madmen (which I did for Plunder, and I’m still missing weapons), especially when there will be a hard time limit when all content is removed and the grind ends forcibly.

This may not feel urgent at the moment, but as Lightfall draws closer and players find that they are still missing dozens of cartridges on weapons that are about to be removed forever, I can promise there will be some measure of that. will be freaking. And overall, I think the crafting grind should be less intense than it is, at least in terms of initial pattern acquisition. We’ll see if Bungie changes anything next season, because they really haven’t changed anything this season and made it worse in many ways.

‘Overwatch 1’ is dead and it’s a bittersweet moment

‘Destiny 2’ needs some attention to its languishing core playlists

‘Overwatch 2’ leaves some players behind after all

The Return of Midnight Basketball and Its Community in Oakland