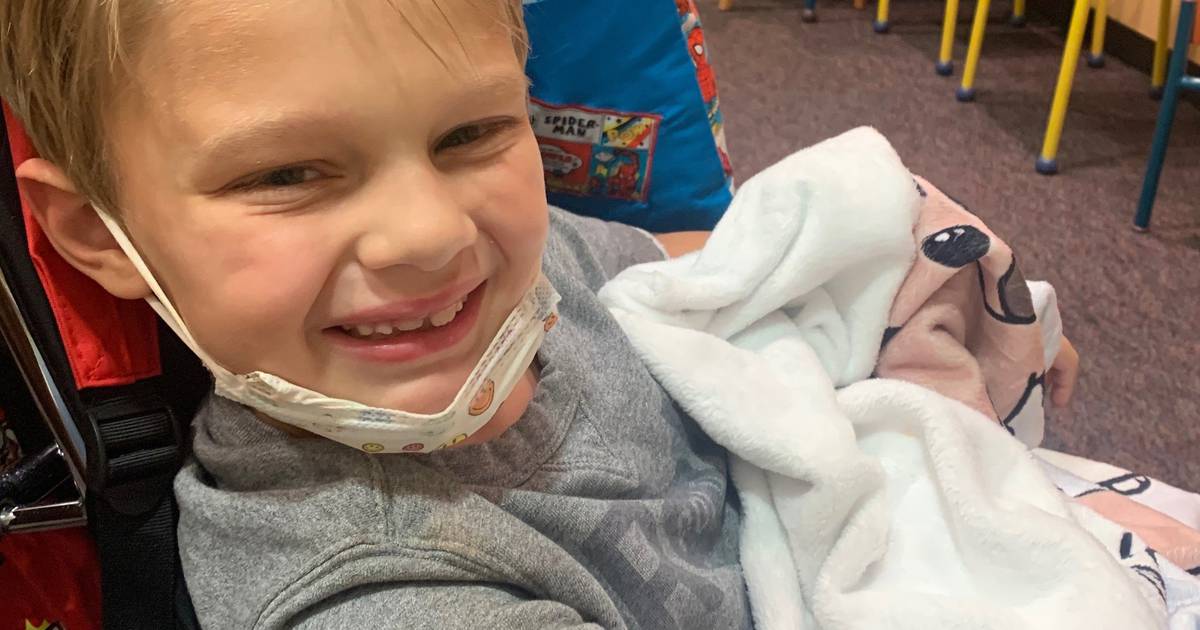 Cooper Roberts, eight, has returned to his home after being shot during the Independence Day parade in Highland Park, his family said Thursday.

Since the attack, Cooper has been separated from his parents, twin brother Luke, four sisters and George, his French bulldog puppy whom he loves “so much,” the statement said.

Cooper has been intubated, hasn’t eaten for days, endured weeks of pain and suffering, tears and questions, fears and aches and several follow-up surgeries, but has determination and a fighting spirit, the statement said.

Cooper was admitted first to Comer Children’s Hospital and then to Shirley Ryan AbilityLab, where he rehabilitated daily for broken vertebrae, severe spinal cord injury and paralysis from the gunshot.

“We have absolutely no words to express how filled with gratitude, love and wholeness we feel now, given that we can finally have Cooper back home,” the family said in the statement.

“There was a time, not so long ago, when we were desperately and feverishly praying that Cooper would live. It’s such a great blessing to have Cooper at home and to have our family all reunited again. He can live with his twin brother Luke again and be each other’s best playmates again.”

The strength of family has helped them survive the trauma.

“You take for granted how great it is to have all your kids together and how important they are to each other until it’s taken away,” they said.

Since coming home, there has been a “new normal” for him, and he continues to face a “heartbreakingly cruel and unfair road,” the statement said.

But he’s decided to come up with new ways to play sports that he enjoys, including wheelchair tennis, which he’s learning with his twin sister, Luke.

“Since the very beginning, Cooper has inspired us. He is brave and kind. He is rock hard and yet incredibly tender. He cares more about the welfare of others than about his own. He loves the world… and it is because of the love and prayers you have all sent and continue to send to him that we believe he is continuing on a path of healing,” the statement said.

Like hundreds of other families, the Robertses and their twins attended the Independence Day parade in their hometown of Highland Park. Just minutes after it started, a gunman began firing at the crowd from a rooftop along the route.

Keely Roberts, Superintendent of Zion Elementary School District 6, was shot in the foot and leg and Luke was wounded in the leg by shrapnel. Their four older daughters did not attend the parade.

See also  10 people were killed and 18 injured in a series of stabbings in Saskatchewan, Canada

In light of the tragedy, she emphasized the “humanity and decency” of those “who did not think twice and rushed back to the scene and helped us,” she said earlier. “It was a beautiful act of kindness… it saved my life, it saved my children. Cooper wouldn’t be alive today if these people hadn’t just risked everything.”

A day after the shooting, even after undergoing several procedures for injuries sustained in the mass shooting, Keely Roberts told doctors she needed to be released from the hospital she was in so she could be with Cooper, who was in hospital. another hospital. The mother of six has injuries that require ongoing orthopedic treatment.

A GoFundMe page to cover the medical and financial needs the Roberts family will face as their journey of healing continues has raised more than $2 million.