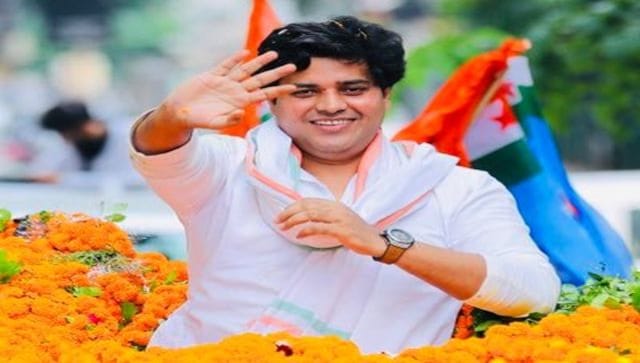 Known for being close to Rahul and Priyanka Gandhi-Vadra, the 34-year-old leader of Uttar Pradesh has gained notoriety for his community talk. An old video of him has surfaced in which he tells a particular section of society that “if you must die, then kill four-six and die”

The list of 10 Congress names for the Rajya Sabha elections, scheduled for June 10, has disappointed several leaders and caused further discontent in a party, which is already suffering from several exits and defections.

Several leaders questioned the thinking behind the Grand Old Party candidates – saying it did not reflect the perspective of the recently detained Chintan Shivir in Udaipur.

In fact, fiery Congress spokesman Pawan Khera posted a despondent tweet on Monday after his name disappeared from the party’s nominating list.

He then congratulated all of his party colleagues who were nominated.

Maharashtra Congress leader Nagma also expressed dismay at not being nominated. The actress-turned-politician directly hit Imran Pratapgarhi, the leader of the party’s minority cell who received a ticket from Maharashtra.

In another tweet, Nagma said: “Sonia Ji, our Congress President, had personally pledged to host me in RS in 2003/04 when I joined the Congress party at her request. We were not not then in power.Since its been 18 years they haven’t found any opportunity.Mr Imran is hosted in RS Maharashtra.I ask if I deserve less.

Nagma’s pointed tweet on the sidelining of Imran Pratapgarhi focused on the 34-year-old poet-turned-politician, who was chosen in Maharashtra for Rajya Sabha’s polls.

The man at the center of the storm

Mohd Imran Khan, also known as Imran Pratapgarhi, is a poet-turned-politician who joined Congress in 2019.

In 2016, Pratapgarhi was awarded a Yash Bharti, the highest civilian honor in the government of Uttar Pradesh, by the Samajwadi Party government led by Akhilesh Yadav.

Prior to his political stint, Pratapgarhi made a name for himself through YouTube videos featuring his writings which were widely critical of the Narendra Modi government.

It is reported that he was brought into the fold of Congress by Rahul Gandhi and then became close to Priyanka Gandhi. In 2020, he was rewarded for his loyalty to the Gandhis by being appointed chairman of the party’s minority department.

Pratapgarhi gained notoriety in the party for his community remarks. In the past, some of his speeches have also come to the fore where he has been heard telling a particular section of society that “if you must die, then kill four-six and die”.

Congress had other choices, but it chose a communal hatemonger. Says a lot about his preferences.pic.twitter.com/g1xAL8z0ES

Congress leaders in both Uttar Pradesh and Maharashtra expressed dismay at Congress’ choice of Pratapgarhi, questioning the candidate’s merit.

A senior party official reportedly told the news agency IANS, “This 34-year-old (poet turned politician) joined the Congress in 2019 and is now sent to the Rajya Sabha. His credentials and service to the party are questionable. It was his communal campaign due to which we lost an election in Bangarmau to Unnao. If the party is to send a Muslim leader (to Rajya Sabha), there are many veterans like Ghulam Nabi Azad, Salman Khurshid, Rashid Alvi and others.

A former state congress speaker said he didn’t even know who Imran Pratapgarhi was.

In Maharashtra too, party leaders were unhappy. According to a report from Free press journalformer Maharashtra Chief Minister Prithviraj Chavan has argued that Mukul Wasnik who hails from Vidarbha region should be appointed from Maharashtra instead of the party’s decision to bring him from Rajasthan.

And it wasn’t just party members who expressed their dissatisfaction with Pratapgarhi’s selection.

On social networks too, many questions have been raised about him.

To be honest, Imran Pratapgarhi is the least deserving guy in a list full of undeserving people.

Sending young leader Imran Pratapgarhi to Rajya Sabha is beyond belief. It’s the worst decision. Not fair in any way.

We’ll wait until June 10 to see what happens, but it seems the anger within the party is going nowhere.