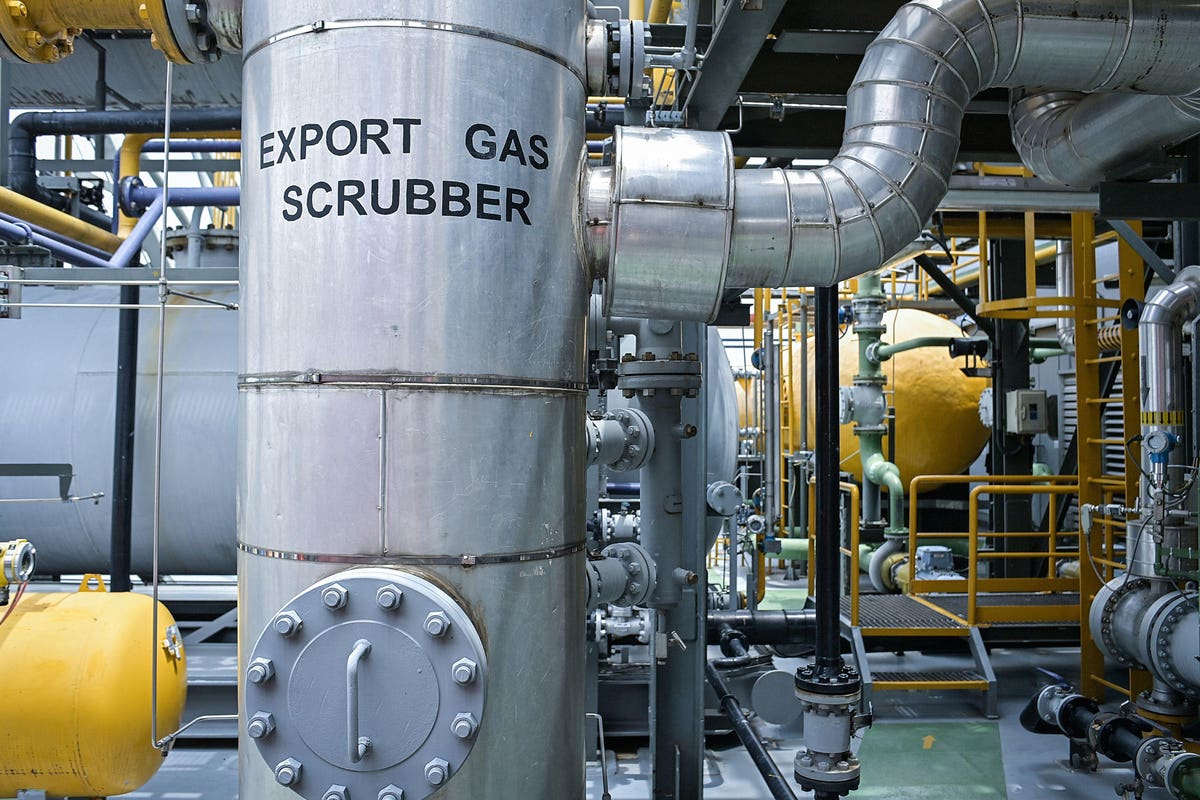 All investors, but especially impact investors, should be intrigued by new investment opportunities to tackle climate change. These opportunities present emerging technologies with great potential for removing greenhouse gases from the atmosphere. Impact investors want their investments to be both impactful and financially rewarding; and now is the time to make the biggest impact, by investing in technologies when they show promise and working to scale up.

Climate-focused impact investors would do well to check out the fourth annual Global Climate Restoration Forum hosted by the Foundation for Climate Restoration (F4CR). Of particular interest were two issues discussed by speakers and panelists at the Forum. The first is that the main technologies for removing carbon dioxide from the atmosphere involve the oceans. The second problem is that the world is going through a methane crisis, for which we need new technologies to remove methane from the atmosphere. The term for this class of technologies is the removal of greenhouse gases (known as GGR).

I will explain each subject in more detail in succession.

CDR stands for “carbon dioxide removal” where carbon dioxide is removed from the atmosphere and stored safely and permanently. Because of the behavioral trap known as availability bias, there is a common view that the most powerful technologies for CDR are on land, such as reforestation and direct air capture; but not so.

The oceans cover 71% of the Earth’s surface, which means that the water-to-land ratio is actually two to one. In addition, oceans have much more carbon sequestration capabilities than their land-based counterparts. Oceans already contain 99% of the planet’s carbon, stored as limestone in coral reefs. Oceans were and remain an important carbon sink.

Multiple types of ocean CDR technologies are under development. A good source for these technologies is the website of the organization Ocean Visions, a hub for connecting impact investors, companies and research institutions. The Oceans Visions website contains a series of “roadmaps” that outline key priorities for advancing knowledge about ocean-based CDR.

A good example of a startup working with an emerging ocean-based CDR technology is Seafields. Seafields grows sargassum, a type of seaweed. Sargassum grows rapidly, captures carbon dioxide efficiently, serves as input for useful products and sequesters carbon dioxide that it sinks to the ocean floors.

From an investment perspective, Seafields has intriguing potential along three key dimensions highlighted by F4CR. Those dimensions relate to permanent carbon dioxide storage, process scalability and profit potential. I have already mentioned sustainability and the fact that sargassum can be used to produce multiple useful products. In terms of scalability, sargassum can be grown in very large areas of the ocean that appear to be nutrient-poor at the moment. Attention investors impact!

The methane crisis encompasses a series of interrelated problems. Consider that methane is more than 80 times as potent a greenhouse gas as carbon dioxide over a 20-year period. And yet, over a period of twenty to thirty years, natural processes break down methane from the air into carbon dioxide and water. In contrast, the timescale for the breakdown of carbon dioxide in the atmosphere is much longer, at least a century.

Due to anthropogenic global warming, the average temperature on Earth has risen by about 1.1 degrees Celsius since the beginning of the industrial age. In 2021, the IPCC raised a red flag over methane, pointing out that methane emissions are responsible for about a third of the 1.1-degree increase. In addition, methane emission rates continue to rise, reaching their highest levels during the pandemic.

Concerns about methane are compounded by the fact that the natural process of breaking down methane in the atmosphere is becoming saturated with higher atmospheric methane concentrations. Of particular concern is that this saturation will lead to even higher levels of warming.

To make matters worse, puddles of methane were rising from the melting permafrost in Siberia, raising concerns that large amounts of methane were about to escape into the atmosphere, exacerbating an already alarming situation.

While none of this is good news, it is also true that there is now progress in developing technologies to remove methane from the atmosphere. This is good news for impact investors, and of course the rest of us. These technologies work by increasing the rate at which methane is naturally broken down through oxidation, converting methane into water and carbon dioxide. Of course, having more carbon dioxide in itself is problematic, but given the difference in potency, it’s better to have carbon dioxide than an equal amount of methane. I would add that once methane is oxidized there is nothing left to sequester.

A methane removal technology known as “solar chimney” has attracted a lot of attention. There is a prototype in Xian, China, that uses an approach developed at the University of Minnesota. The hope is that this scale unit will be able to handle 11,100 tons of methane per year.

Controlling methane is important for future temperature rises. Methane removal technologies, if scaled globally, have the potential to prevent a global temperature rise of at least 0.3 degrees Celsius.

One of the positive developments emerging from COP26 is the Global Methane Pledge (GMP). The GMP was led by the US and the European Union. More than 120 countries, but not China or Russia, have signed up and pledged to reduce methane emissions by 30% to below 2020 levels by 2030. Interest in GGR is only set to grow. Attention investors impact!

Impact investors want their investments to deliver both a positive social impact and a financial return. Recent research papers show that many impact investors define impact using the Sustainable Development Goals (SDGs) set by the United Nations. There are 17 such targets. Goal number 7 is ‘Affordable and clean energy’, while goal number 13 is ‘Climate action’.

One of F4CR’s key messages about the SDG for climate action is that the much-discussed goal of reaching net zero emissions by 2050 is insufficient if we want our planet to be hospitable to human life. Instead, we need to have negative greenhouse gas emissions pretty quickly to get the concentrations of greenhouse gases in the atmosphere to drop below pre-industrial levels, and indeed over the past 800,000 years for which ice core samples are available.

Impact investors are already focused on SDG 7 and 13. Relative to all 17 SDGs, the resources invested in Goals 7 and 13 are in the upper middle class. Going forward, there is good reason to anticipate that progress on CDR and GGR will cause the size of the impact investment dollars allocated to these targets to move into the higher range.

An important research finding is that impact investors associate goal 7, Affordable and clean energy, with relatively high financial returns, but not the closely related goal 13, Climate Action. This may be because renewable energy projects are considered more profitable than other climate mitigation efforts.

A key point for impact investors focused on climate change is that the COP26 international agreement covered Article 6, a holdover from the Paris agreements negotiated at COP21. Article 6 provides, inter alia, the structure for a global offset market for greenhouse gas credits. When properly executed, offsets offer agents the option of “make or buy” when it comes to reducing emissions. They “make” when they directly reduce emissions. They “buy” when they buy credits in the marketplace for compensation from other agents who “make” emissions reductions.

Companies involved in GGR, which do not remove greenhouse gases as ancillary activities of other profitable activities, will have to rely on the market for compensation to generate revenue.

There are two parallel markets for offsets, one called the compliance market, where agents operate in regulated environments with emissions caps. The other is the voluntary market, where agents are not required by law to reduce emissions, but instead voluntarily purchase credits. Both markets are growing and impact investors can play a special role. I say role, but “mission” might be more appropriate.

Today CDR and GGR feel the same to me as Amazon.com in 1998 and Tesla felt in 2008: great ideas that are about to grow dramatically, change the world and create big financial returns for investors. Recall that the net cash flows of these companies were modest for a long time; but that didn’t stop their stocks from rising. Attention investors impact!

These 2 stock giants flirt with a bottom; Analysts say ‘buy’