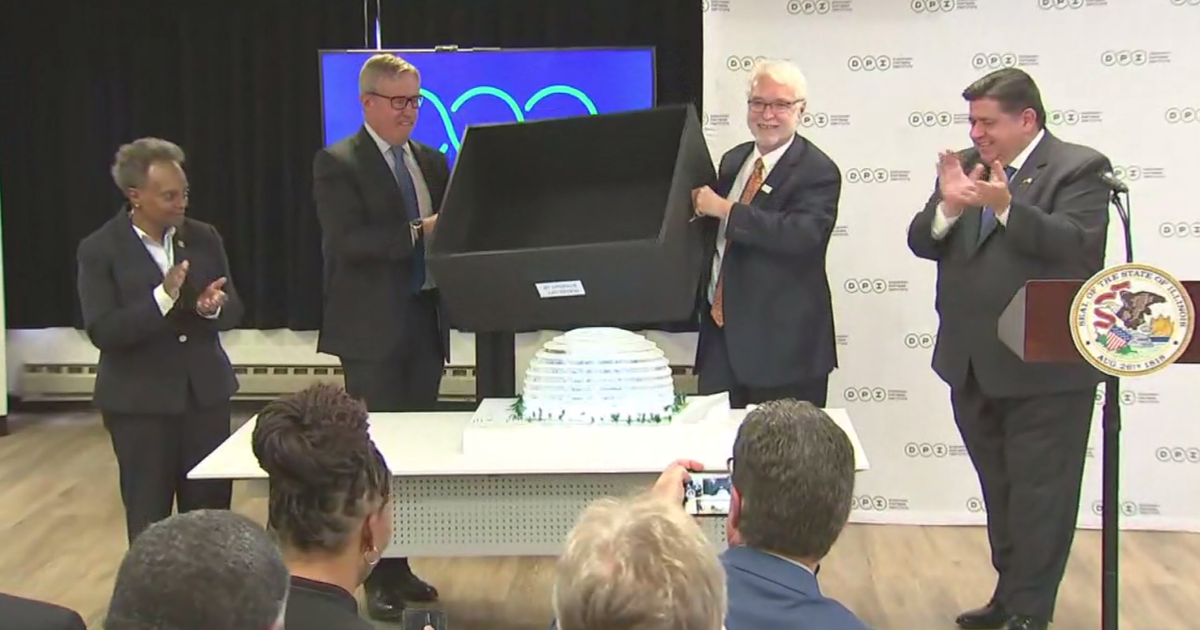 As TAUT 2’s Marissa Perlman reported Friday, a striking steel and glass dome along the South Branch of the Chicago River will house the future Discovery Partners Institute.

The DPI is a University of Illinois project that will bring an academic and research facility to the South Loop riverfront.

Mayor Lori Lightfoot and Governor JB Pritzker were both in attendance when a model was unveiled Friday.

“The new DPI headquarters will house offices, classrooms, labs, and event spaces along the Chicago River — turning a long-vacated, old railroad yard into a world-class talent and innovation powerhouse, with an aesthetic to match,” Pritzker said.

Leaders hope the development will propel Chicago forward as a technology city, encouraging engineers, technology and business talent to stay in the city.

“A lot of talented tech talent has moved to the coasts, and in part that’s part of our whole exercise here to keep them in the state,” said Timothy Killeen, president of the University of Illinois.

The DPI project is expected to hit the ground running in 2024. It will be the first to begin construction in the innovation district of The 78 – a 62-acre site along the South Branch of the river that will connect the South Loop and Chinatown.

Meanwhile, Accenture — a global consulting firm — officially opened its 264,000 global Chicago headquarters on Friday at 500 W. Madison St. in the West Loop Gate. The building – formerly called the Northwestern Atrium Center and the Citigroup Center – has now been renamed the Accenture Tower.

“Welcome back to a town that has missed you,” the mayor said.

The company took over seven renovated floors of the 40-story high-rise, which is connected to the Ogilvie Transportation Center.

“Your neighbors missed you. The small businesses that have built this tower and the surrounding area that really depend on you being here — we missed getting together,” Mayor Lightfoot said. “You can’t build culture and teams by being apart.”