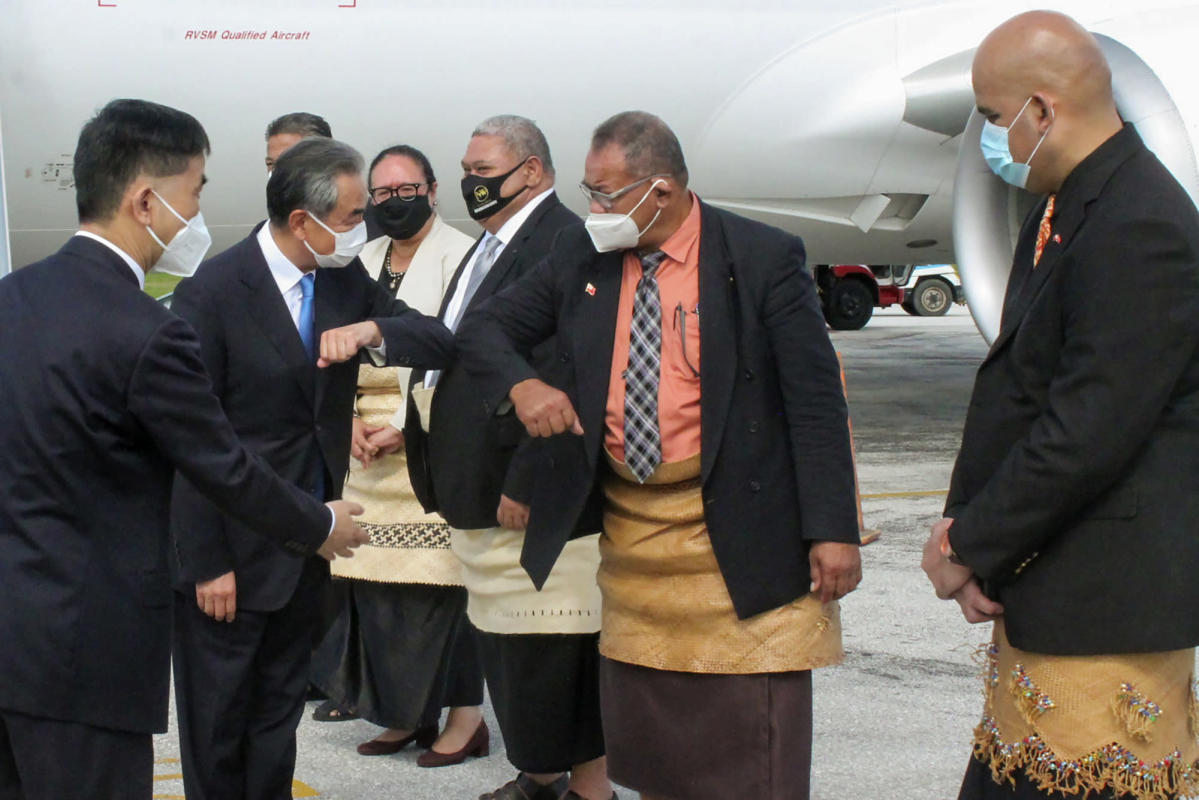 While Wang failed to reach a consensus on the multilateral security and economic plan at a meeting in Fiji after several nations raised concerns, he scored smaller gains by signing bilateral agreements with the countries he visited, and he signed more deals in Tonga.

His tour comes as the international community grows increasingly concerned about Beijing’s military and financial ambitions in the region.

Tonga continues to recover from a massive volcanic eruption and tsunami in January that killed three people locally and destroyed hundreds of homes. The tsunami also cut the country’s internet connection to the rest of the world when it severed an undersea cable that took five weeks to repair.

In Tonga, Wang met King Tupou VI and Prime Minister Siaosi Sovaleni and signed several agreements with Sovaleni that covered everything from disaster management to a royal tomb improvement project.

Chinese Ambassador Cao Xiaolin said in a statement that the two countries already have close ties in a number of areas, including trade, infrastructure and clean energy. He said China has provided various training programs to about 1,200 Tongan government officials and residents.

“The relationship between China and Tonga is a shining pearl,” the ambassador said in his statement.

Tonga’s government said the two sides had “fruitful talks” and thanked China for sending two military planes and two warships to deliver supplies after the tsunami.

Wang’s tour has caused consternation among some Western countries that consider themselves traditional partners in the South Pacific. Last week, Australia sent new foreign minister Penny Wong to Fiji in a counter-diplomacy attempt.

US Secretary of State Antony Blinken said in a speech last week that China poses an even greater long-term threat than Russia.

“China is the only country with both the intention to reshape the international order and, increasingly, the economic, diplomatic, military and technological might to do so,” he said.

At a Monday press conference in Fiji, Wang said China has a long history of standing up for developing countries in the Pacific and around the world, explaining how “some wonder why China is so actively supporting Pacific island countries.” .

Dozens of guns recovered at buyout event in Harlem