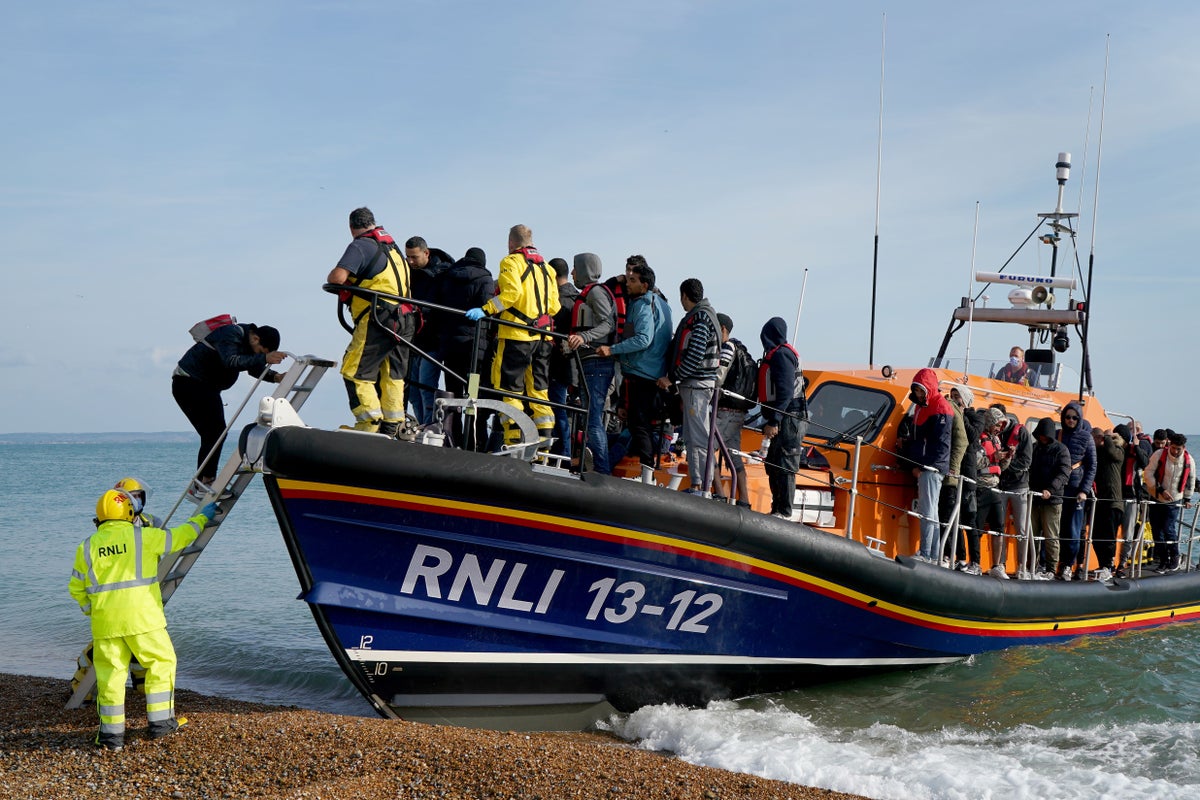 Further crossings took place on Thursday, with children and a heavily pregnant woman among the likely arrivals.

It has been more than five months since the then Home Secretary, Priti Patel, announced plans to send migrants to Rwanda to try and deter people from crossing the Channel.

Since then, 25,247 people have arrived in the UK after making the journey.

On April 14, Ms Patel signed what she described as a “first” agreement with Rwanda, under which the East African country would receive migrants who, according to the UK, had arrived “illegally” and were therefore inadmissible under the new immigration rules.

However, the first deportation flight, which was scheduled to depart on June 14, was grounded amid legal difficulties.

Several asylum seekers, the Public and Commercial Services Union and charities Care4Calais, Detention Action and Asylum Aid, are involved in lawsuits with the Department of the Interior over challenging the legality of the policy.

The number of people reaching the UK in small boats from France after navigating busy shipping lanes has steadily increased in recent years.

Despite the growing number, the arrivals of small boats are a fraction of the number of people going to mainland Europe.

Data from the UN Refugee Agency shows that at least 120,441 people arrived in Europe via land and sea via the Mediterranean Sea last year.

The Department of Defense said the data comes from “live operational systems” and is subject to change, “including reduction”.

Benefit Uddhav: Shiv Sena, the significance of Shivaji Park and the rally tradition of Dussehra