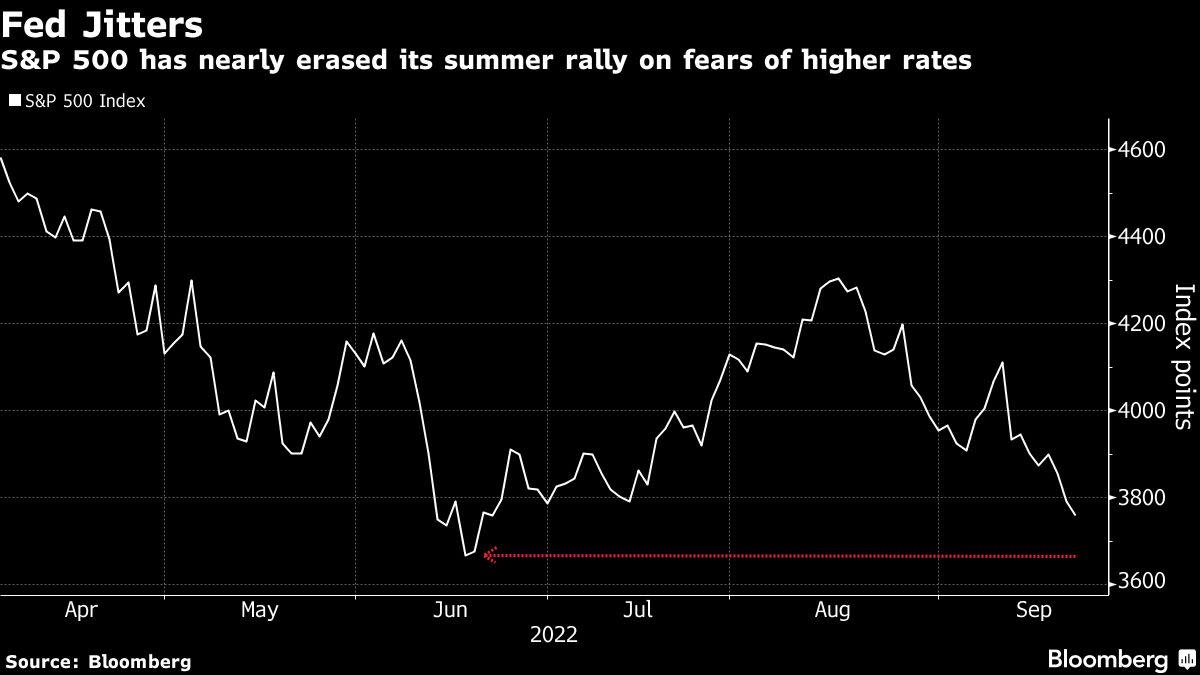 (Bloomberg) — According to strategists at Bank of America Corp. investors flock to cash and shun almost every other asset class as they become the most pessimistic since the global financial crisis.

Cash had inflows of $30.3 billion, while global equity funds saw outflows of $7.8 billion in the week through Sept. 21, the bank said in a note, citing EPFR Global data. Bond funds lost $6.9 billion, while $400 million left behind gold, the data showed.

Investor sentiment is “undoubtedly” the worst since the 2008 crisis, when government bond losses were the highest since 1920, strategists led by Michael Hartnett wrote in the note. They see cash, commodities and volatility continue to outperform bonds and stocks, with Bank of America’s adjusted bull and bear indicator returning to the maximum level of bearishness.

See also  California wants 100% electric vehicles by 2035. Will the energy grid be ready?

Fears of inflation and rising interest rates mounted this week with signs that the Federal Reserve will not soften its determination to tighten monetary policy, even as aggressive rate hikes send the economy into recession. Global risk assets rose again, with the S&P 500 index on track for its fifth weekly decline in six and nearly negating gains recorded over the summer after a stronger-than-expected earnings season.

See also  Luis Moreno Ocampo: ‘If There Is A Lesson From The Trial Of The Juntas, It Is That Death Cannot Be A Political Weapon’

Hartnett expects US equities to fall further as valuations come under pressure from tightening financial conditions, mounting geopolitical risks and the declining outlook for global growth.

His forecast for corporate earnings suggests the S&P 500 will trade between 3,300 and 3,500 points – at least 7% below current levels. The strategists of Goldman Sachs Group Inc. lowered their year-end target for the US benchmark index late Thursday, and also warned that a dramatic upward shift in the interest rate outlook will weigh on valuations.

See also  Your car will probably be more expensive

Equity funds in Europe posted outflows for the 32nd week in a row, according to BofA’s note. By trading style, US large caps had inflows, while value, growth and small caps all saw outflows.

Of the sectors, real estate had the largest additions at $400 million, while financial and consumer stocks saw the largest redemptions.

Stagflation versus recession: it’s the economic equivalent of a perfect game versus a no-hitter