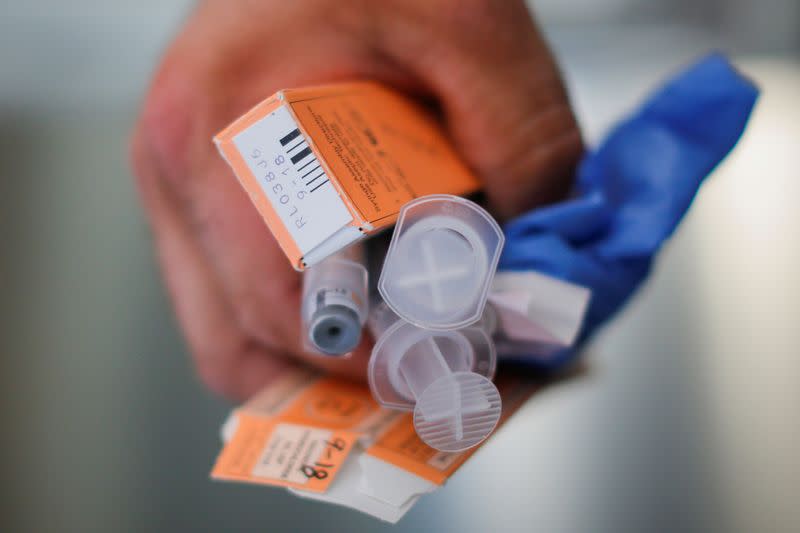 The Biden administration is eager to show it is taking action against a worsening nationwide opioid crisis, which, according to data from the U.S. Centers for Disease Control and Prevention, led to more than 107,000 overdose deaths by 2021, a nearly 15% increase from of the previous year.

“Our country is facing 108,000 overdose deaths in just 12 months. That’s a life lost every five minutes around the clock,” said Dr. Rahul Gupta, director of the National Drug Control Policy at the White House.

“The Biden-Harris administration announces several major investments and actions to reduce overdose deaths, ensure public health and law enforcement on the front lines have the resources they need, support people in recovery and eventually beat this epidemic,” Gupta told reporters. on a press call.

Biden will announce nearly $1.5 billion in grants from the U.S. Department of Health and Human Services to states, tribal countries and territories, said Miriam Delphin-Rittmon, assistant secretary for mental health and substance use.

See also  The Death of Queen Elizabeth II: A Minute by Minute Guide to Her State Funeral on Monday

The money will go toward treating substance use disorders and breaking down barriers to important drugs like naloxone, a drug that can reverse opioid overdoses, Delphin-Rittmon said.

The grants will also fund recovery support services, overdose education efforts, peer support specialists in emergency departments, and care for stimulant use and abuse, including cocaine and methamphetamine, she added.

Currently, there are legal barriers limiting access to naloxone in some states, and in others it is not always available to those most at risk for overdose because patients are more likely to receive a prescription if they have a previous diagnosis of opioid abuse or dependence. had. along with an overdose than if they had those diagnoses without an overdose.

Biden also announces additional $12 million funding for law enforcement in areas where drug trafficking is worst, on top of the $275 million announced in April, and sanctions for individuals and groups involved in drug cartels.

Abuse cases in Portugal increase due to questions about Nobel bishop