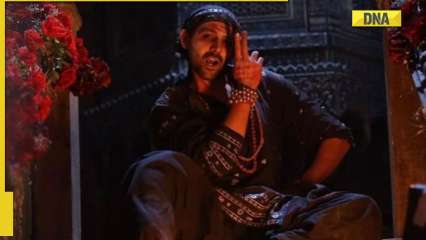 According to early estimates from Sacnilk.com, the film is doing well and earned Rs 5.50 crore on Monday, taking it to a total net collection of over 128 crore in just 11 days. After Gangubai Kathiawadi by Alia Bhatt and Anupam Kher-star of The Kashmir Files, the film is only the 3rd success of the year 2022.

On Monday, film trade analyst Taran Adarsh ​​informed that the horror-comedy, also starring Kiara Advani and Tabu, saw phenomenal growth in its second weekend and collected Rs 122.69 crore within ten days of its release until May 29.

He even mentioned that Bhool Bhulaiyaa 2 has an outward chance of hitting the Rs 175 crore mark at the box office, though that seems a little unlikely given that three biggies are set to release this Friday – Akshay Kumar’s Prithviraj, Vikram’s Kamal Haasan and Adivi Sesh. Major.

A report from BollywoodLife.com said Kartik’s usual fee was Rs 15-20 crore per film and the actor increased his fee to Rs 35-40 crore after the success of Bhool Bhulaiyaa 2. Reacting to the same news, Kartik Aaryan has denied this rumor in his own witty style.

Taking to his own Twitter account on Monday, May 30, Kartik wrote, “Promotion hua hai life mein, Increment nahi (tears of joy emoji) Baseless,” calling the report completely baseless. The actor is known for his amazing sense of humor on screen and this time the actor showed it in real life as well.