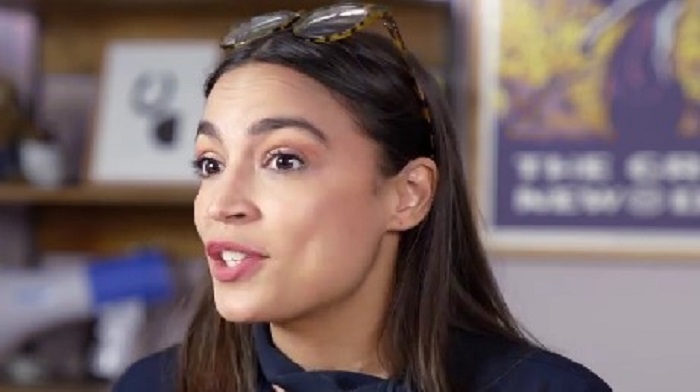 Far-left Democratic Rep. Alexandria Ocasio-Cortez (AOC) says it’s hard for an “ordinary person” from a working-class or middle-class background to raise a family while working in Congress, citing the salary as a source of problems.

The comments appear to come from an Instagram story that was captured by former Washington Examiner reporter John Gage.

In this part of the story, AOC points out that only 10 women have ever given birth while serving in Congress, calling it “a very hostile place to have a baby.”

She goes on to note the sources of such hostility, including the need to attend votes and travel – in other words, the basics of work.

But she also mentions several necessary expenses as a member of Congress.

Ocasio-Cortez argues lawmakers are obligated to pay $25,000 in labor costs and there is no housing allowance or opportunity for student loan forgiveness.

Members of Congress like the AOC, excluding the Speaker of the House and majority and minority leaders, earn $174,000 a year in salary.

The average annual salary in 2020 in the United States, according to the Social Security Administration, was $53,383 and the median annual salary was $34,612. Most people do not receive housing allowance and their student loans are not ‘forgiven’.

.@AOC complains that his salary of $174,000 in Congress is too low to raise a family. Says it makes it difficult for “working and middle class” members like her. pic.twitter.com/1INlL2y4qQ

Sign up to receive the latest new policies, ideas and commentary delivered straight to your inbox.

She is also engaged to web developer fiancé Riley Roberts who some sites claim has a pretty high net worth.

AOC’s story also suggests that much wealthier members of Congress are refusing to vote for pay raises in order to score political points, hurting little people like her.

“Actually, I wish it was [true that Congress was voting themselves pay increases] because it would allow more regular people to get and keep that job,” she said.

I’ve worked over 30 years to get where I have, and I’m not earning this. Yet we homeschooled our two kids, paid all our taxes, met all our financial obligations, and basically did it on one income. She is ignorant.

When we want we can. https://t.co/RqlAjo5LS4

This isn’t the first time Ocasio-Cortez has complained about not getting a raise. House Democrats in 2019 rejected a proposed salary increase for congressmen over optics, as she complained the amount wasn’t really that high.

“It’s not even like a raise,” the New York socialite said of the proposed $4,500 raise at the time.

Last year, AOC cited its own $17,000 in student loan balances in a speech arguing for the cancellation of student loan debt.

“I’m 32 now,” she said. “I have over $17,000 in college debt and didn’t go to college because I knew getting another degree would drown me in debt that I could never outgrow.”

Considering his gross monthly salary is over $14,000, his claims of poverty at least seem irrelevant.

“This is unacceptable,” she added before declaring, “Come on! … Let’s be real, let’s cancel it.

Let’s stop pushing this narrative that student loan debt is for the privileged.

Do we really think a billionaire’s child takes out student loans?

First-generation students are twice as likely to report being behind on student loan repayments. pic.twitter.com/KyGnrJCjNq

Where AOC Did It Right

It’s unclear on which planet one should reside where AOC finds it acceptable to complain about his $174,000 salary.

Americans who are currently experiencing financial hardship at the grocery store and gas station are unlikely to be able to sympathize.

In her salary rant, Ocasio-Cortez gets one thing right — she accuses “a lot” of lawmakers of being “independently wealthy” and adds that they don’t have to rely on paltry salaries to join the two ends, they “simply engage in stock trading.”

In December 2021, she made an argument against the practice.

“It is absolutely ridiculous that members of Congress can own and trade individual stocks while in office,” she tweeted.

“The access and influence we have must be exercised in the public interest, not for our benefit. It should not be legal for us to trade individual stocks with the information we have.

It is absolutely ridiculous that members of Congress can own and trade individual stocks while in office.

The access and influence we have must be exercised in the public interest, not for our benefit. It should not be legal for us to trade individual stocks with the information we have. https://t.co/Z3UZej2eC2

House Speaker Nancy Pelosi countered at the time by giving an unqualified defense of lawmakers trading stocks, despite the obvious conflicts in lobbying and insider knowledge.

“We are a free market economy,” Pelosi told reporters at a press briefing. “They should be able to participate in that.”

JOURNALIST: “Should members of Congress and their spouses be prohibited from trading individual stocks while serving in Congress?”

PELOSI: “No… We are a free market economy. They should be able to participate. » pic.twitter.com/2SNqSCwFEU

AOC often thinks that no matter the price, the amount of money is never enough. It is therefore not surprising that she complains about her salary.

The Democrat argued that the $2.2 trillion coronavirus stimulus in 2020 provided only “crumbs” to the people.

representing @AOC“What did the senatorial majority fight for? One of the largest corporate bailouts with the fewest possible conditions in American history. Ashamed!” pic.twitter.com/oLJJu6wUlG

Many analysts agree that the multiple COVID relief packages have raised inflation by at least a few percentage points.

Maybe it wouldn’t hurt so bad if we all made as much money as members of Congress.

Now is the time to support and share the sources you trust.
TAUT ranks #3 on Feedspot’s “Top 100 Political Blogs and Websites”.