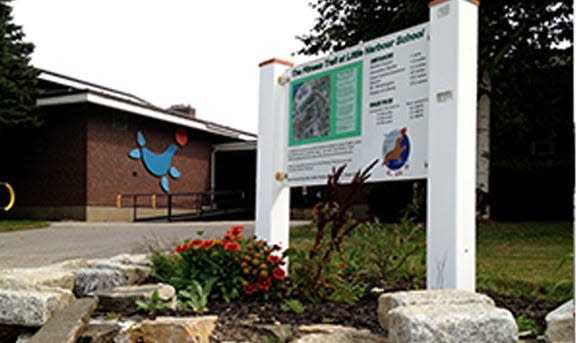 PORTSMOUTH — A third grader at Little Harbor School has died following a seemingly random shooting while traveling in Florence, South Carolina over Memorial Day weekend. A suspect is in custody.

The Portsmouth School District notified families on Monday after the death of the 8-year-old and said counseling services will be available for students and staff coping with the tragedy. The child’s identity was not immediately released by the school district or South Carolina authorities.

The child’s father was also shot but was recovering, according to communications from Portsmouth Schools and South Carolina media. The father’s name was not immediately released.

Steve Zadraavec, Superintendent of Portsmouth Schools, sent a message to the school community announcing the death on Monday with “heaviest hearts. … An event like this touches our community as a whole. Our hearts are with the family as we support each other through this incredible tragedy.”

According to the Florence County Sheriff’s Office, Charles Montgomery Allen, 40, of Florence, was shooting randomly at cars driving past his home on Saturday in the Old River Road area.

Allen was arrested before the child’s death and charged with two counts of attempted murder, three counts of discharging a firearm into an occupied vehicle and possession of a weapon in a violent crime, according to court records. He was denied bail on all six counts and was being held in the Florence County Detention Center Monday, according to jail records.

A total of three cars were shot, authorities said, and Allen retreated to his home where a SWAT team found him with multiple weapons, according to the county sheriff’s office.

Florence County Sheriff TJ Joye told South Carolina TV media over the weekend it was a ‘senseless act’ with no ‘motive’, adding about the suspect : “He has a story”.

Ian Lenahan contributed to this report. This story will be updated as information becomes available.