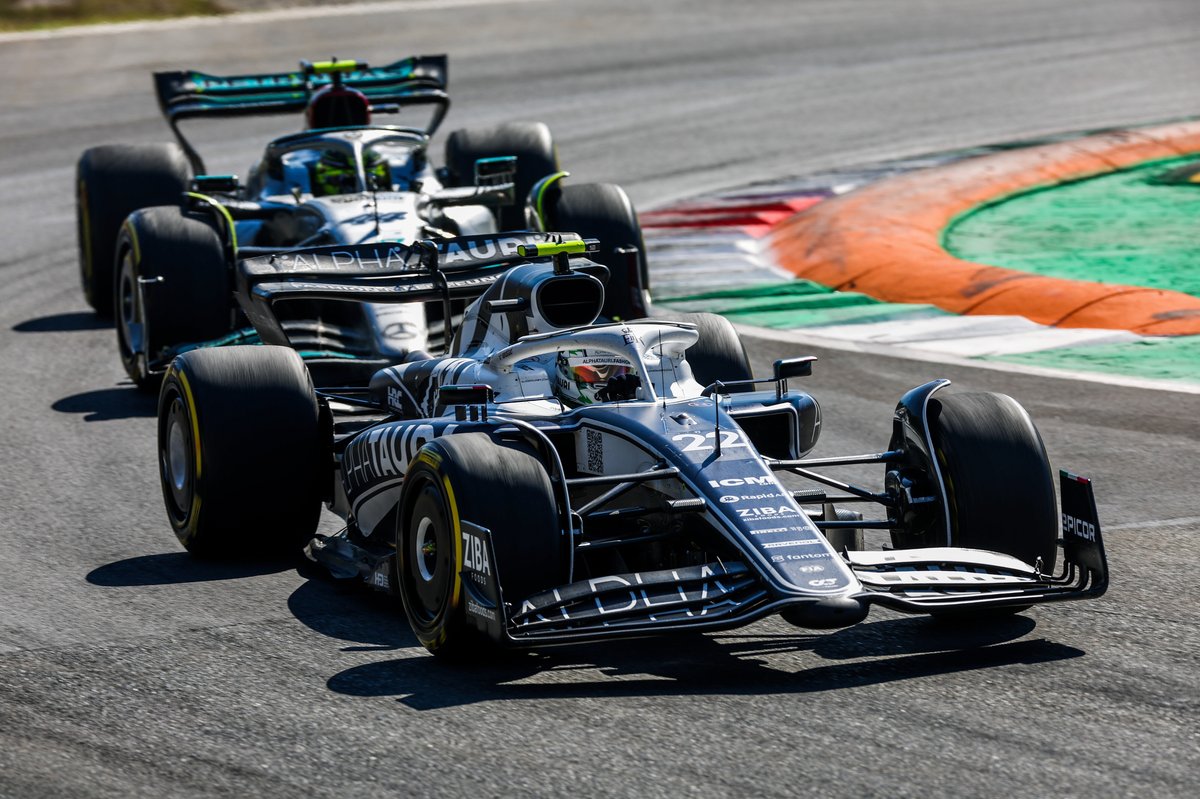 Tsunoda, 22, made his F1 debut with AlphaTauri in 2021 and the team was widely expected to be held for a third season next year.

The Japanese driver said late last month that his future depends on “things in the background”, but any doubts about his seat at AlphaTauri were allayed on Thursday when the team confirmed he would remain in place for 2023.

“I want to say a huge thank you to Red Bull, Honda and Scuderia AlphaTauri for continuing to give me the opportunity to drive in F1,” Tsunoda said in a statement.

“Having moved to Italy last year to be closer to the factory, I really feel like part of the team and I am happy to continue racing with them in 2023.

“Obviously our 2022 season isn’t over yet and we’re still pushing hard in the midfield battle so I’m fully focused on finishing it on a high and then looking forward to next year.”

Tsunoda has not scored any points since the Spanish Grand Prix in May as AlphaTauri struggles to compete regularly with the leading midfield teams.

Team boss Franz Tost said Tsunoda’s recent showings were “clear evidence of a steep learning curve, proving he deserves a place in F1”, and that a third season would be key to his development.

“As I always say, it takes a driver at least three years to fully master Formula 1, so I’m glad he’s been given the time to show his full potential,” said Tost.

“In addition, it is proof of Dr. Marko and his driver program that we can get and develop these young talents from the junior categories.

“I would like, along with Yuki, to thank Red Bull and AlphaTauri, as well as Honda, for their continued support and for allowing him to stay with us for another year.”

The announcement means AlphaTauri currently has a full lineup for 2023 after it was revealed in June that Pierre Gasly would remain in Faenza.

But with Gasly drawing interest from Alpine as a replacement for Fernando Alonso, Red Bull is known for exploring options for the second seat at AlphaTauri next year.

Red Bull adviser Helmut Marko met 2019 Formula 2 champion Nyck de Vries in Austria last week to discuss a possible ride for 2023, after giving up on the bid to contract IndyCar race winner Colton Herta because he was unable to super-license. to get.

Red Bull has made it clear that it will only release Gasly to Alpine if it has another driver to sit alongside Tsunoda.