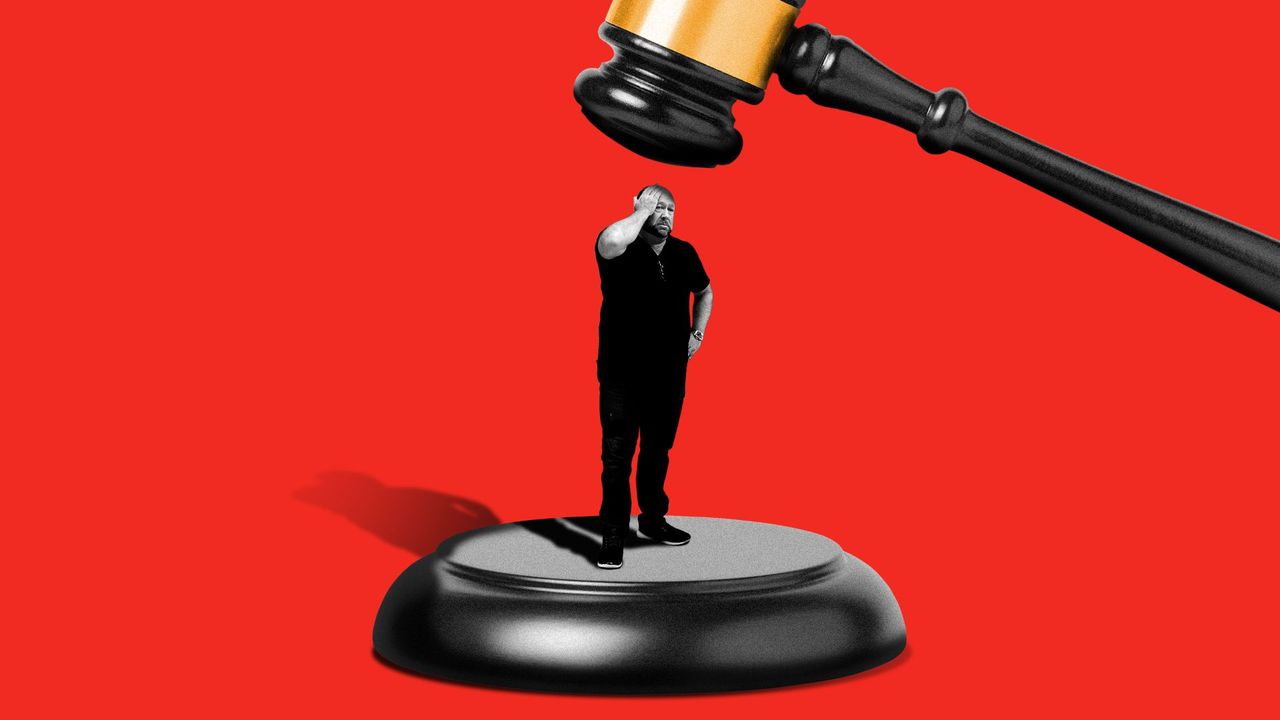 Infowars’ Alex Jones is back in bankruptcy court… again.

Why it matters: For the second time this year, the right-wing provocateur is testing the limits of how the US bankruptcy code can be used by companies — and their owners — to limit the cost of damages.

Fast overtaking: Jones and his Infowars empire are in the midst of a lawsuit for damages — they’ve already been held liable in defamation lawsuits filed by families of the victims of the Sandy Hook school shooting. Jones has repeatedly referred to the shooting as a hoax.

Situation: Jones’ previous bankruptcy attempt involved the use – or abuse – of a special subchapter of the code intended only for small businesses.

But Jones apparently hasn’t given up yet his desire to use Subchapter V, and his potential to force a settlement with creditors.

The catch: He still uses the small biz-focused sub-chapter V, which requires a company to have no more than $7.5 million in “eligible debt” to qualify.

So, what gives? There are a few technicalities… firstly, debts owed to insiders (such as the $54 million) are not considered “eligible debts.”

That’s the pinch. Jones has filed for FSS Subchapter V bankruptcy to settle the damages, but the amount of that damage would almost certainly make the company not suitable for actual use subchapter v.

Our Thought Bubble: Time is everything. FSS served (handily) in the middle of the claims process that could soon be number one for the Sandy Hook obligations.

Worth nothing: Bankruptcies show that in recent years, while the Sandy Hook lawsuit was underway, about $62 million flowed out of FSS in the form of “membership draws.”

What to watch: Moshenberg says that even if the case remains in Subchapter V, creditors can ask the judge for additional oversight and transparency.