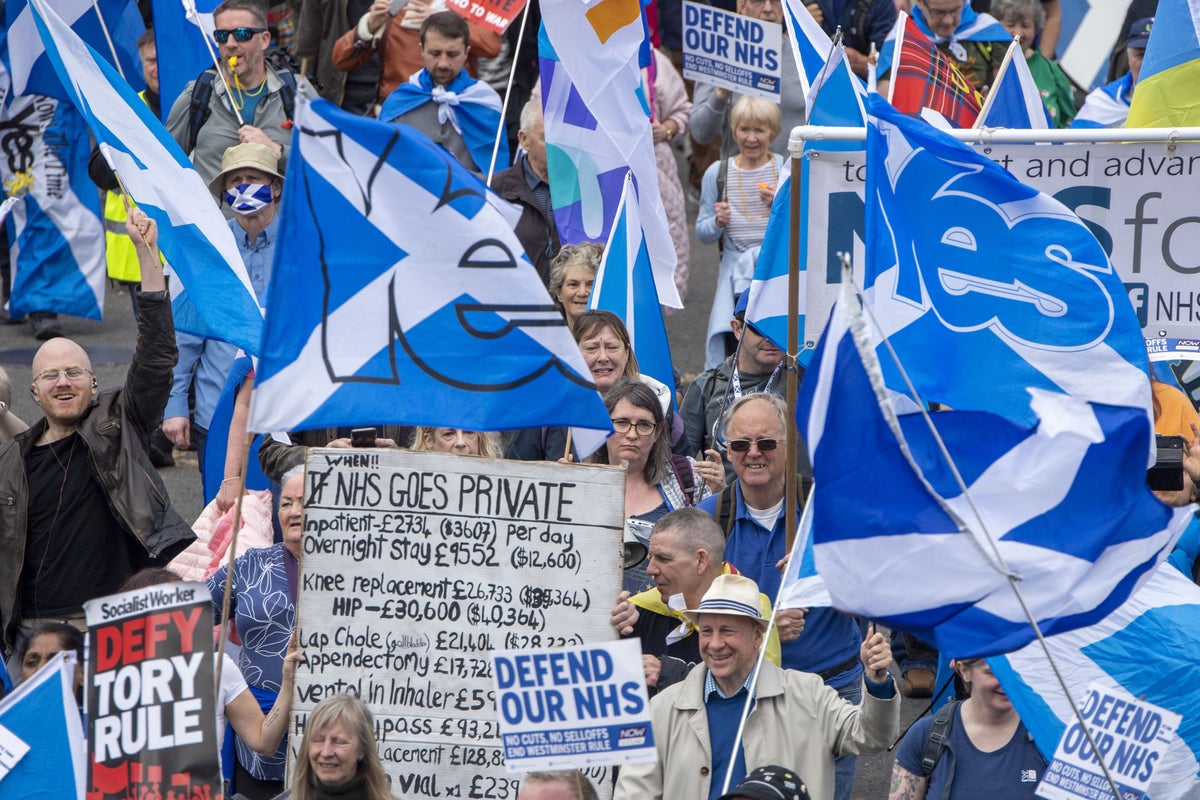 The Alba party is calling for parliamentary intervention in Westminster in a bid to force the British government to agree to a second Scottish independence referendum.

The party, led by former Prime Minister Alex Salmond, will also demand that “popular street agitation” and international action be taken as part of a resolution at the upcoming conference, to be held in Stirling next month.

Alba is also expected to propose that pro-independence parties form a united front at the next general election, with a majority of MPs creating a mandate to enter into independence negotiations with Westminster.

A spokesman for the party’s National Executive Committee said: “It is the golden thread of Scottish history and the constitutional tradition of people’s sovereignty to determine which form of government best suits our needs.

“Scotland’s claim made by the Community of the Realm throughout history, from the 14th century to the agreement between the parties in the 1980s, is supported by international law to the right of self-determination and does not require consent of the UK Parliament come into force.”

Mr Salmond’s party is also calling on parliamentarians in Scotland to “create the conditions to facilitate a future independence test” to avoid having to appeal to the Supreme Court.

An Alba Party spokesperson said: “Independence and addressing the cost of living crisis will be at the center of our discussions at the conference.

“The two things are fundamentally linked, as it is absurd that Scotland is an energy-rich country of abundance, but we have Scots living in fuel poverty.”

Truss tells Tory rebels ‘there’s no choice but to change’