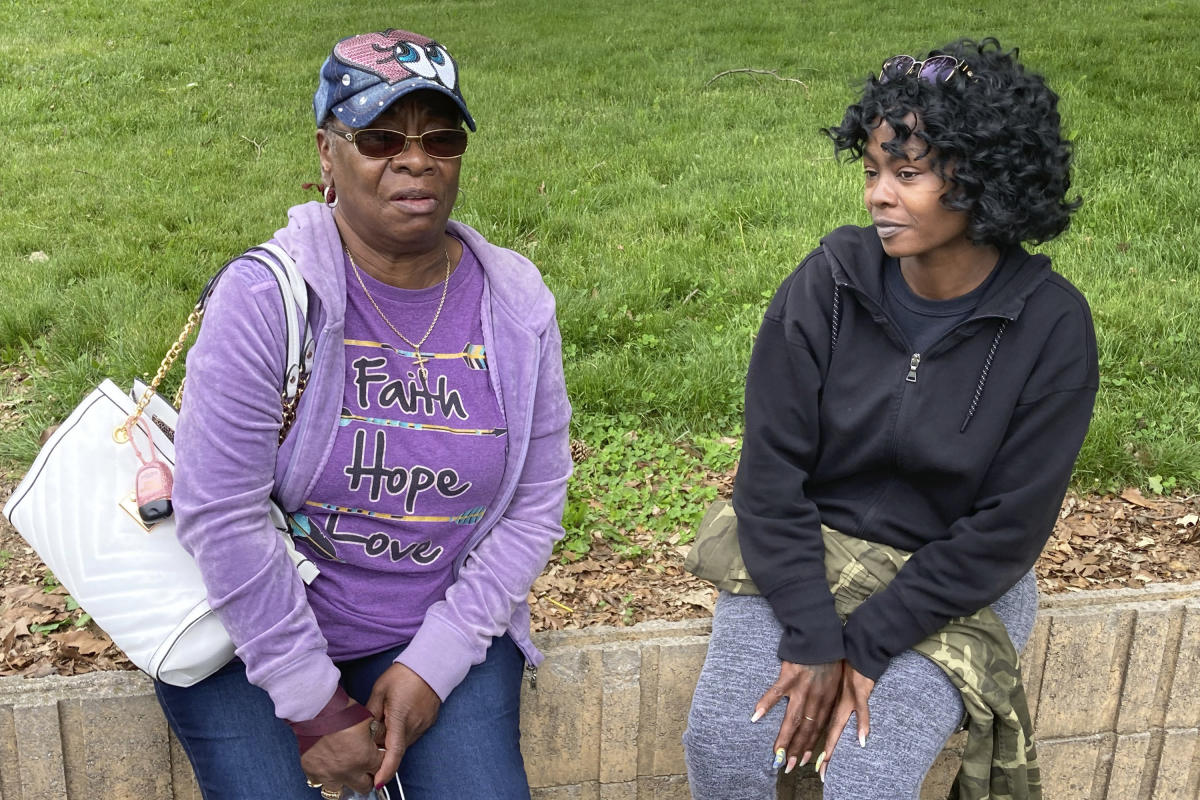 CHICAGO (TAUT) — Even as the nation reeled from the massacre of 19 children and two teachers at an elementary school in Uvalde, Texas, several mass shootings occurred elsewhere over Memorial Day weekend. in rural and urban areas. Yet even though single-death incidents still accounted for most firearm deaths.

Gunfire erupted before dawn on Sunday at a festival in the town of Taft, Oklahoma, sending hundreds of revelers scattering and customers inside the nearby Boots Café diving for cover . Eight people between the ages of 9 and 56 were shot and one of them died.

Six children between the ages of 13 and 15 were injured Saturday night in a tourist area of ​​Chattanooga, Tennessee. Two groups got into an altercation and two people in one of them pulled out guns and started shooting.

And at a club and liquor store in Benton Harbor, southwestern Michigan, a 19-year-old man was killed and six others were injured after gunfire rang out through the crowd around 2:30 a.m. morning Monday. The police found several shell casings of different calibers.

These and others have come across a common definition of a mass shooting, in which four or more people are shot. Such occurrences have become so regular that news is likely to fade quickly.

There were at least two incidents in Chicago between Friday night and Monday that were qualified as mass shootings, including one near a closed West Side elementary school in which the injured included a 16-year-old girl.

Single-death shootings also rocked families and communities: On the south side, the body of a young man killed at an outdoor birthday party lay on the sidewalk early Sunday, covered in a white sheet . His mother stood nearby, crying.

Overall, Chicago recorded 32 shootings over the weekend in which 47 people were shot and nine died.

Following the shooting of Uvalde, by an 18-year-old who legally purchased an AR-style rifle, Texas Governor Greg Abbott and other Republican opponents of tougher gun laws were quick to pointed to Chicago as an example of how such measures don’t work, saying, “more people are being slaughtered every weekend (there) than there are in Texas schools.”

High rates of gun violence in Chicago have made a series of Democratic governments there, including that of current Mayor Lori Lightfoot, vulnerable to criticism, sometimes from within their own party.

But the claims by Abbott and others are misleading and oversimplify the situation in the nation’s third-largest city. Many guns used to kill Chicagoans were first purchased from other states with less stringent gun laws, such as Indiana and Mississippi. Chicago officials also note that the city has fewer murders per capita than many other small American cities.

Police chiefs there and in other cities have canceled days off to increase the number of officers during the holidays, hoping it would have a deterrent effect. Independent conflict mediators have also taken to the streets, using social media to identify simmering conflicts that have the potential to explode into real-world violence.

In Detroit, Police Chief James White has vowed to strictly enforce a youth and teen curfew after three people were injured in a shooting earlier this month in Greektown, a popular restaurant district and downtown entertainment.

Such strategies may have worked in individual cases, but statistics from several cities do not indicate that violence has been sustained at or below levels of previous years. Chicago’s Memorial Day weekend death toll was three times higher than last year.

It has long been a rule of thumb in northern cities that hot weather means more violence. Temperatures in Detroit and Chicago were in the 80s – unusually warm – over the three-day weekend, bringing more people outdoors and increasing the risk of clashes, often between rival gangs. Alcohol around the holiday season can fuel personal beefs, some of which start getting infected online.

“The seasons may not have much of an impact on shootings in Los Angeles, where the weather is always nice,” said Rodney Phillips, a violence prevention officer and former gang member in Chicago. But in his city, Memorial Day weekend usually marks “the start of killing season,” he said.

Residents like Yvonne Fields of Detroit say they’re especially cautious when Memorial Day rolls around. She, her children and grandchildren spent time closer to home this weekend.

“Holidays aren’t like they used to be,” Fields said. “The gangs have taken over. They’re doing drive-by shootings. Everyone lives in fear.

Big city police often say most homicides are gang-related, though others cite poverty and the accompanying desperation as underlying causes.

An organizational shift over the past three decades from top-down gangs led by identifiable leaders who could assert control to more fragmented and loosely structured groups has also contributed to the violence.

Malik Shabazz, who helps lead neighborhood safety and crime-fighting patrols in Detroit, said the Detroit New Black Panther Nation/New Marcus Garvey Movement he founded looks for spikes in crime during the holidays when people gather in groups and have more free time away from work.

“What I see is that the perpetrators and the victims (of shootings and violent crimes) are getting younger and younger, and the crime is getting more and more heinous,” Shabazz, 59, said. “And people bring their guns and people have beef, ‘now I can shoot you and I can stab you out of respect, not talk about it or ignore it and walk away.