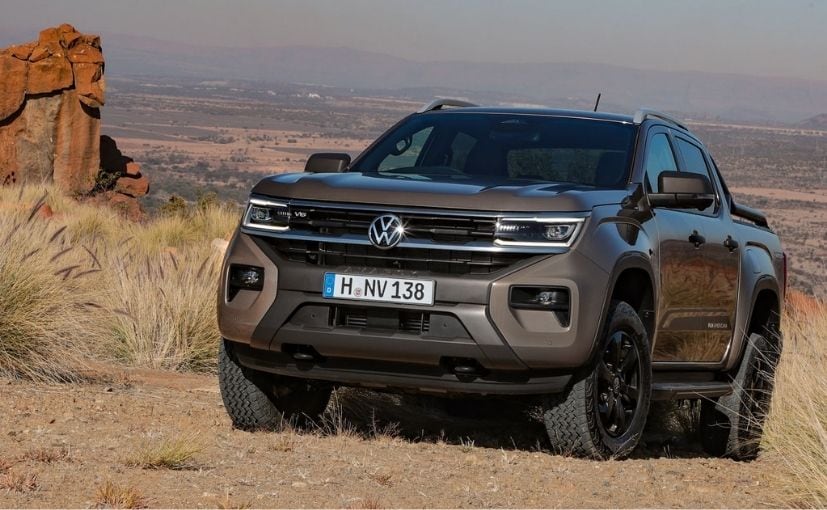 Volkswagen has finally introduced the 2023 Volkswagen Amarok pickup truck, developed from scratch. The new pickup from the German giant has virtually nothing in common with its predecessor, which has sold over 8.30 lakh units since 2010. The new model adopts the updated T6 platform of Ford, which served as the basis for the last Ford Ranger. Of course, it’s more than just an updated version of the signature oval model since Volkswagen has worked hard to get its own visual identity.

The new model adopts Ford’s updated T6 platform, which served as the basis for the latest Ford Ranger.

The new German 4×4 will be available with single and double cab bodies, the latter being 5,350mm long. This results in a 96mm increase over its predecessor, as well as a longer wheelbase of 173mm, which now reaches 3,270mm. By increasing the wheelbase more than the actual overall length, it means the overhangs have been shortened to improve off-road capability by having better approach and departure angles. Likewise, the width has decreased by 34mm, to 1,910mm, while the height is now 1,880mm, increased by 10mm, although this measurement depends on the configuration chosen between the wheels and the tires. Wheel size includes 17-inch steel options as standard, although there are alloy sets up to 21-inches as an option. 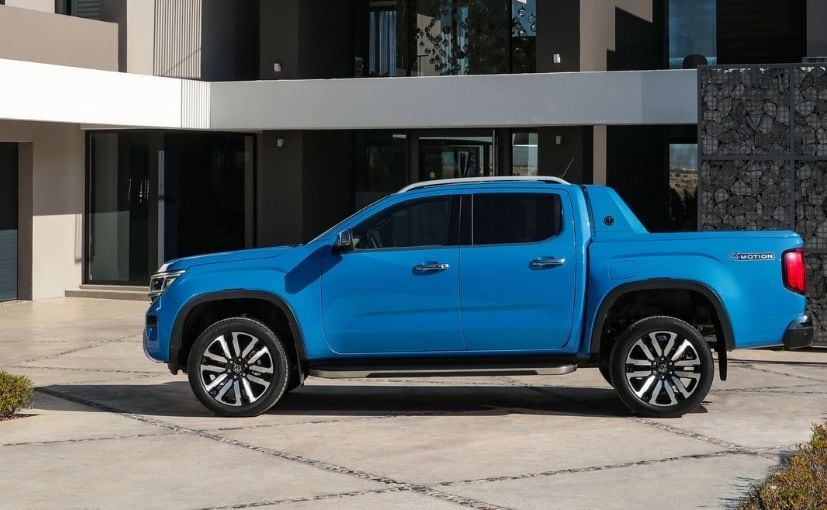 By increasing the wheelbase more than the actual overall length, it means the overhangs have been shortened to improve off-road capabilities by having better approach and departure angles.

Another figure that will be of interest to off-road enthusiasts is the wading depth of the Volkswagen Amarok 2023, which increases from 500 mm to a significant 800 mm, while 4Motion all-wheel drive is available as standard for all versions. Customers will be able to choose between two 4Motion configurations – one with selectable 4×4 and one with permanent all-wheel drive.

Also Read: You Can Buy These Pickup Trucks From The Used Car Market

The powertrain range of the Volkswagen Amarok 2023 revolves around four diesel-cycle engines and one gasoline engine, all of which are turbocharged. The base version is a 2.0 TDI unit with 150 hp, followed by a higher tuning of the same engine producing 170 hp. At the top of the turbodiesel range is a twin-turbo four-cylinder engine, with 204 hp or 210 hp. The most powerful turbodiesel engine will be a 3.0-liter V6 with 240 hp or 250 hp (depending on market). In markets where gasoline engines are in demand, Volkswagen will offer a 2.3-liter unit with 300 hp. 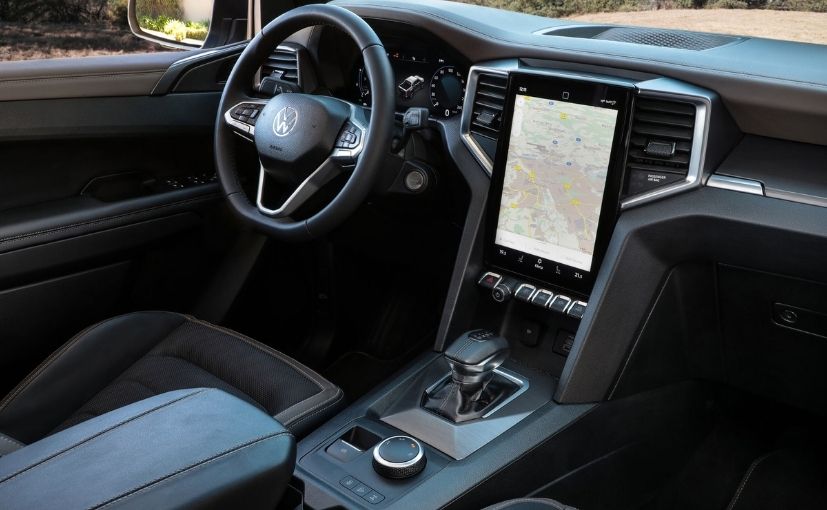 In the cabin, the vertical infotainment system becomes the main protagonist.

The 10-speed automatic will be available as standard for all engines over 210hp, while the rest of the engines will come with either a 6-speed DSG dual-clutch automatic or a 6-speed manual. Volkswagen also said the maximum payload capacity has increased to 1,160kg, while on the roof it can carry a load of 350kg, enough to support a four-person roof tent which will be available as an accessory.

The options list will include a hardtop trunk lid which will give the 2023 Amarok the appearance of a more versatile vehicle. From an additional light bar to a snorkel-like socket, the German pickup will have a wide range of extras. But the changes don’t just affect the exterior. In the cabin, the vertical infotainment system becomes the main protagonist. Using a slightly modified version of Ford’s SYNC 4 system, the touchscreen measures 10.0 or 12.0 inches depending on trim. It sits alongside an 8.0-inch digital instrument cluster in the more affordable models and 12.0-inch in higher trims. 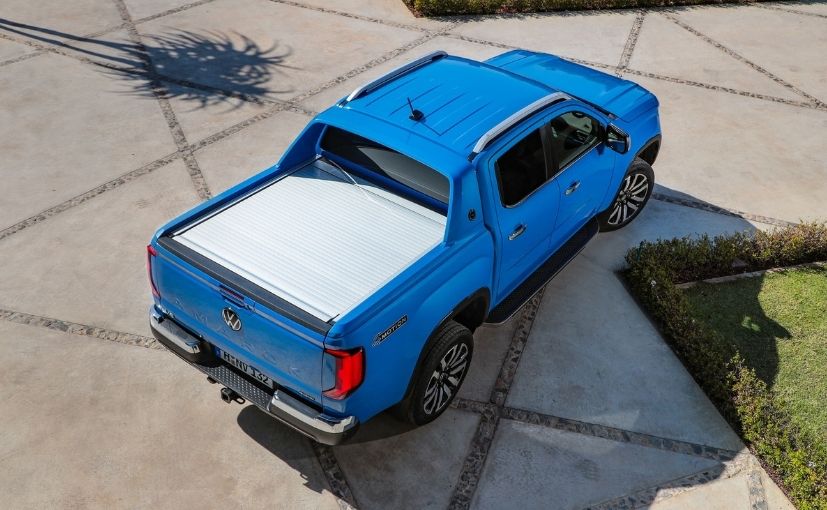 The options list will include a hardtop trunk lid which will give the 2023 Amarok the appearance of a more versatile vehicle.

The range will consist of five different versions – Amarok, Life, Style and the new off-road-oriented Panamericana, as well as the luxury-oriented Aventura. The pickup has more than 20 driver assistance systems, as well as matrix LED headlights and an exclusive Harman Kardon audio system for this model.

Finally, we know that Ford will start production of the new Amarok in September at its Silverton plant in Pretoria, South Africa. However, VW Commercial Vehicles will continue to assemble the first generation model in Pacheco, Argentina for South American markets.