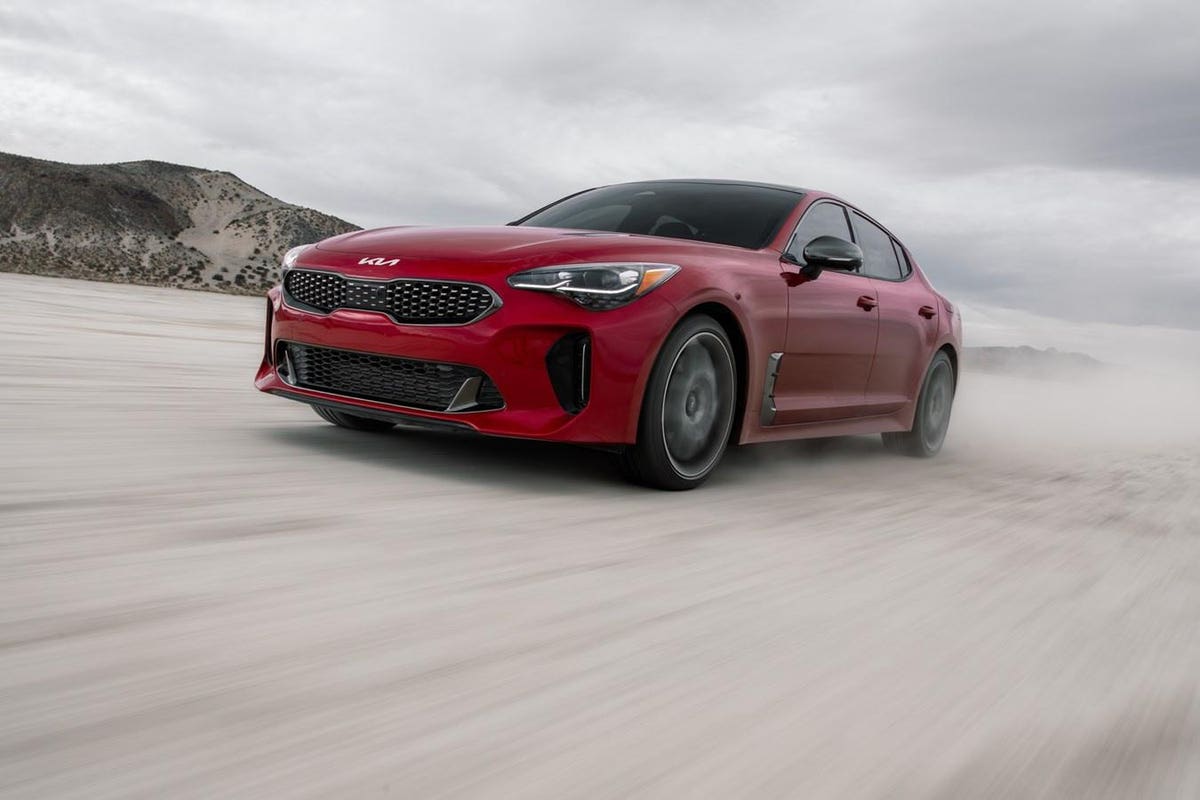 When introduced in 2017, the KIA Stinger sports sedan won the hearts of many Asian enthusiasts. Everything felt good about the car, except for one annoying detail: the base engine was significantly underpowered and took away a lot of the driving experience.

Fortunately, half a decade later, KIA has listened to the feedback from the market and brought a new generation Stinger to life with the most important upgrade there is: a true 2.5-litre engine to move the well-built chassis with grace.

Not killed, but renewed

The Stinger was rumored to be dropped from the KIA lineup in 2020, but was given another shot at life and returned to the limelight with a redesigned bodywork, improved interior and more powerful powertrain. Best of all, all of these changes didn’t push the MSRP above $40,000, which is surprising to say the least.

With the 255 horsepower 2-liter turbo out of the way, the new 2.5 liter turbocharged inline-4 unit delivers a whopping 300 horsepower. The 45 horsepower increase is a pleasant surprise, especially since the more expensive V6 option only gets 3 horsepower. The GT-Line 4-pot uses 311 lb-ft of torque to make the car sprint. In return, the engine demands a significant amount of fuel, with 22/32/25 MPG (city/highway/mixed) EPA estimates.

The GT-Line sedan gets bigger vents and a meaner-looking front bumper, leading to a sporty-oriented fascia. The rear is now covered with a full-width taillight, while the four tailpipe trim pieces complete the picture. More colorways have been introduced to the lineup, all of which go well with the black accents on the grille, mirrors and door dots. The GT-Line now benefits from the larger 18-inch wheels inherited from the full-fledged GT model now fitted with 19-inch rims.

In terms of cabin styling, options of red, beige and black leather are available. Unfortunately, the nappa leather treatment is only available for the GT model. Still, the perforated leather seats with the GT-Line logo stitched onto the headrest make for a pretty sight when boarding. The central touchscreen is larger – 10.1 inches – compared to the previous generation and feels more readable.

Yes, there is a significant increase in power thanks to the extra 0.5 liter displacement and a revised turbo system. But how does the whole package behave when driving the 2022 KIA Stinger GT-Line? In short, heartwarmingly beautiful.

It goes from 0 to 60mph by half a second faster than the old 2-litre (4.7s vs 5.2s) and thanks to the significant increase in torque, passing cars won’t break a sweat. Mid-range, the quad exhausts emit a deep growl as the car speeds along city roads. Things aren’t quite as pretty on the low-end spectrum as the motor seems to work considerably to get the speed to 60 due to a lack of torque.

The Stinger comes with only the 8-speed automatic transmission in all its equipment. It does a decent job moving through gears and usually doesn’t respond well enough. In sport mode, the transmission makes the engine revs higher, but sometimes tends to let the revs hang. Fortunately, there is a quick fix for that; control the paddle shifters behind the wheel and control the proportions yourself.

Steering is where the new Stinger really shines. The electronically assisted power steering is perfectly weighted and responds quickly to input. It allows the road to send feedback to the driver and, coupled with a stiff suspension that begs to be pushed to the limit, makes the Stinger a worthy sporthorse. There is no adaptive damper setup available, as KIA has reserved it for the bigger GT brother. This means some body roll is to be expected, but not nearly enough to take the fun out of the GT-Line.

While the big, beefy GT brother may have a lot more power and looks, it doesn’t dwarf the GT-Line trim. Thanks to the highly anticipated, adequately powered new engine, the 2022 KIA GT-Line can sprint through the corners and satisfy the driver when pushed to the limit.

Add the great driving experience to the IIHS Top Safety Pick+ rating and NHTSA 5 Star rating and you have a great sports sedan for under $40k when fully equipped.

Uncle Nearest adds rye to its legendary range of whiskeys

The Internet Had a Cruel Reaction to Dream’s Face Reveal